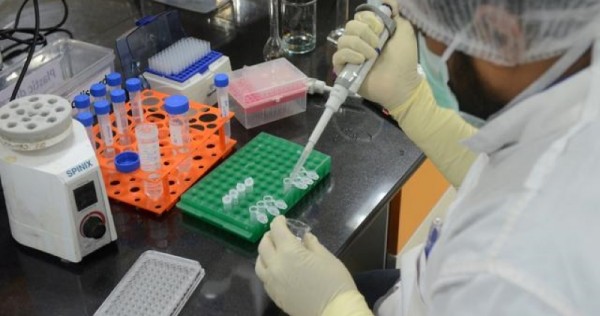 India, with the second-largest number of Covid-19 infections in the world, has turned its focus to vaccine development and procurement as it seeks to inoculate as many of its 1.3 billion population as possible and avoid the full ravages of he pandemic.

But in a country where the temperature exceeds 50 degree Celsius (120 deg Fahrenheit) in some parts in peak summer and infrastructure is rickety, the primary challenge lies in transporting any potential vaccines at ultra-cold temperatures.

To meet this looming impediment, some company executives and officials in the Indian dairy industry are examining the possibility of using the same cold-storage infrastructure employed in the artificial insemination of cattle to transport the vaccines, although getting government officials on board with the idea remains a work in progress.

The Serum Institute of India, which is based in Pune, has teamed with AstraZeneca to produce millions of doses of its vaccine.

Over the weekend, Indian Prime Minister Narendra Modi visited the Serum Institute, saying in a tweet that he toured its manufacturing facility and that the company “shared details about their progress so far on how they plan to further ramp up vaccine manufacturing.”

Modi also visited Bharat Biotech in Hyderabad, which is producing India’s first home-grown vaccine candidate, Covaxin, as well as Cadila Healthcare in Ahmedabad, which is developing the vaccine Zycov-D. Covaxin is in stage-three trials and Zycov-D is in stage-two trials.

But a Credit Suisse report published this month noted that although India had sufficient capacity to manufacture a vaccine and components like vials, stoppers and syringes, “The bottleneck is cold storage infrastructure” – especially the lack of refrigerated vans.

According to the report, India needs about 1.7 billion doses to vaccinate the majority of its adult population. It so far has recorded nearly 9.5 million coronavirus cases and more than 137,000 deaths, although the rate of increase has slowed recently.

On Tuesday (Dec 1) , it recorded just 31,118 new coronavirus cases, the lowest daily total since November 17, according to the country’s health ministry.

While India’s total cold-storage capacity – which includes state-controlled and private facilities – stands at 500 million doses, there is a huge shortfall.

Policymakers have already approached private companies in the cold-chain network to both assess and bolster their capacities. Most have already been gearing up to boost their logistics networks.

The health ministry did not responded to questions from This Week in Asia on whether it is exploring options offered by the dairy sector’s cold-chain enterprises.

Ashok Pande, vice-president at the BAIF Development Research Foundation, a pioneering research charity on livestock development, said that the use of liquid nitrogen for the transport of Covid-19 vaccines should only be out of “compulsion”, and that alternative methods should be used, if available.

Pawanexh Kohli, the founding CEO of the government-backed think tank National Centre for Cold-chain Development, suggested that stakeholders should focus more on the distribution of the vaccine rather than on stockpiling ability.

“Demand is going to be steady and regular, so the supply chain should be delivery-oriented and not storage-oriented,” he said.

Kohli added that using the huge artificial-insemination network to deliver Covid-19 vaccines could be “technically feasible but not logical” since the doses involved in the delivery of bull semen are usually “minimal” while the vaccine roll-out would require massive storage capacity.