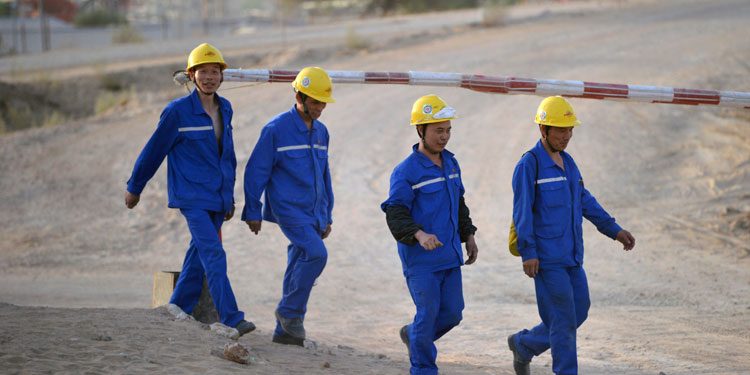 Under the Paris climate deal signed in 2015, China positioned itself as a leader on climate change and, in September, President Xi Jinping pledged the country would become carbon neutral by 2060.

But Chinese state-owned firms are investing billions in coal power abroad, which are not counted in the domestic carbon neutral calculations, and which environmentalists say put at risk the Paris accord’s goal of keeping global warming to well below 2 degrees Celsius.

“New plants that would potentially be operating for many years beyond 2030 are fundamentally incompatible with global efforts to contain climate change,” said Christine Shearer, head of coal research at the Global Energy Monitor.

China has nearly three-times more in the pipeline abroad, meaning its overseas plants would emit more than the current emissions of major economies such as Britain, Turkey and Italy, according to figures in British Petroleum’s annual review of global energy. Each of the dozens of plants are expected to have a lifespan of decades.

If completed and operated for 30 years, these plants would emit the equivalent of almost three years of emissions from all coal-fired power plants in China, according to Lauri Myllyvirta, lead Asia analyst with Helsinki-based Centre for Research on Energy and Clean Air (CREA).

China is making the overseas coal play as part of its trillion-dollar Belt and Road Initiative, a plan to fund infrastructure projects and increase its sway overseas.

Xi has promised to “pursue open, green and clean co-operation” under the Belt and Road plan, yet Chinese banks have continued their financing of coal projects regardless. Between 2000 and 2018, 23.1 percent of the $251 billion invested by China’s two biggest policy banks on overseas energy projects was spent on coal projects, according to Boston University’s database on China’s global energy financing. The foreign plants the Chinese firms are currently building include the $3 billion Sengwa power plant in Zimbabwe – one of the largest in Africa. There are also at least eight projects in Pakistan, including a $2 billion plant in the restive region of Balochistan. The new projects are all in countries that have signed up to the Belt and Road plan.