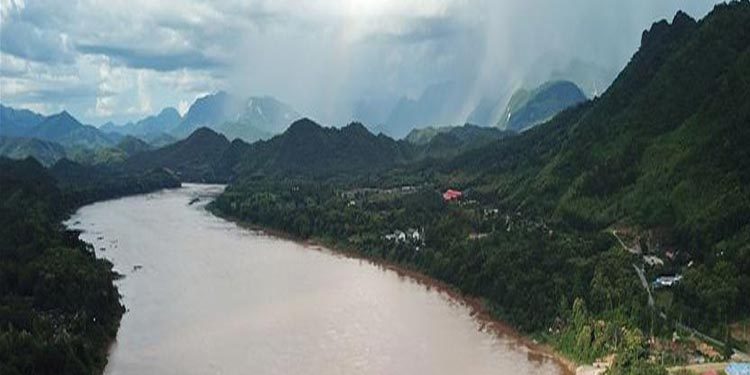 China made good this week on a promise that it would share its year-round hydrological data on the upper reaches of the Mekong River, via the launch of an online information-sharing platform that will keep the Kingdom aware of any future Mekong developments. The information shared on the platform covers the entire Lancang-Mekong River basin.

China extended its sharing to all five downstream countries – Cambodia, Myanmar, Thailand, Vietnam and Laos. The data was primarily collected by two key hydrological stations located on the upper Mekong basin at Yunjinghong and a tributary at Manan, in China’s southwestern Yunnan province.

The agreement to share the data was signed in October between China’s Ministry of Water Resources and the Mekong River Commission (MRC) during a one-day virtual MRC Dialogue Partners Meeting, an annual meeting held by the MRC and its upstream dialogue partners, China and Myanmar.

Cambodia is almost completely reliant on the Mekong for water-related economic activity and its domestic water supply. Approximately 86 percent of Cambodia’s territory is included in the Mekong Basin. The remaining 14 percent drains directly into the Gulf of Thailand.

Many Cambodian livelihoods are dependent upon fish protein and flood irrigation from the Mekong. In urban areas, the expansion of industries, including textiles, is largely dependent upon affordable labour, which is enabled by access to inexpensive protein, food and construction materials such as reeds, clay or sand from the Mekong.

Representatives from the five Mekong River countries expressed appreciation of China’s efforts and its efficient mobilisation in promoting its commitment to year-round sharing of hydrological data, and they valued the information China provided to help them better cope with droughts and other disasters.  The platform will provide reliable forecasting and early warning services related to floods and droughts, while serving as a vehicle for the exchange of experience and technologies with member countries.

Cambodia National Mekong Committee Secretary-General, So Sophort said that the MRC’s cooperation with China has progressed well, with both sides committing to strengthening it further.

So added that China’s sharing of its year-round hydrological data is very important and considers it as another positive development in the history of regional cooperation with China in its support of the MRC and its member countries. He also remarked that the platform will contribute to achieving sustainable development and shared prosperity in the Mekong-Lancang region in general.