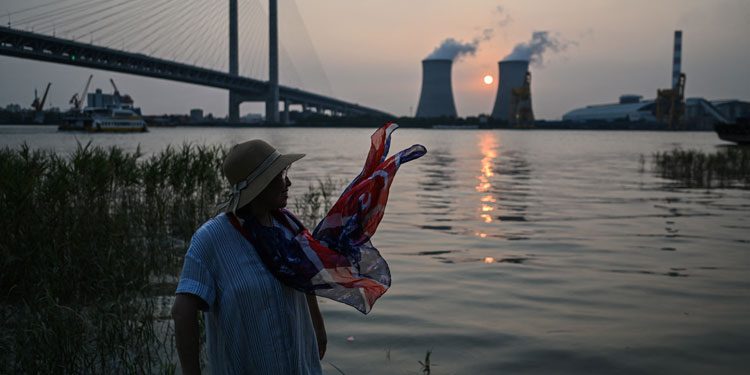 AFP – Goldman Sachs lowered its annual economic growth forecast for China as nationwide power cuts hit millions of homes and halted production at factories, including some supplying Apple and Tesla.

At least 17 provinces and regions – accounting for 66 percent of the country’s gross domestic product (GDP) – have announced some form of power cuts in recent months, mainly targeting heavy industrial users, according to Bloomberg Intelligence.

Nearly 60 percent of the Chinese economy is powered by coal, but supply has been disrupted by the pandemic, put under pressure by tough emissions targets and squeezed by a drop in coal imports amid a trade tiff with Australia.

Earlier this month, coal prices hit a record high, with restrictions imposed on businesses and homes amid the supply crunch.

Still, China’s power demand in the first half of the year exceeded pre-pandemic levels, according to the National Energy Administration.

Goldman Sachs said it expects growth to come in at 7.8 percent, down from 8.2 percent, citing power cuts that led heavy industries to cut output, leading to “significant downside pressures”.

It is the second bank to downgrade forecasts in as many days.

Analysts at Nomura said a surging number of factories had been forced to cease operations because of either government mandates to meet carbon targets or surging prices and coal shortages.

It cut its annual GDP growth forecast to 7.7 percent.

Apple supplier Unimicron Technology said factories in two regions were told to stop production from midday Sunday through to yesterday.

Dozens of other companies, including a parts supplier to carmaker Tesla, were told to halt production this week, according to stock exchange filings.

And in Beijing, utility giant State Grid said that a series of upcoming power outages in the capital – that will last nearly 10 hours at times – are part of a “planned maintenance”, a statement that appeared to downplay state media reports that they are because of the nationwide power crunch.

The northeastern rust belt, with thousands of power-hungry cement kilns and steel smelters, has been among the areas worst affected.

A factory in northeast Liaoning had to rush 23 workers to hospital because of carbon monoxide poisoning after ventilators suddenly stopped working during a blackout, state broadcaster CCTV reported.

Footage on local media Beijing News showed cars travelling a busy highway in the city of Shenyang in complete darkness without traffic lights or street lamps.

Another complained that malls were shutting early and a convenience store was using candlelight.

Student arrested after shooting, wounding another boy at US school