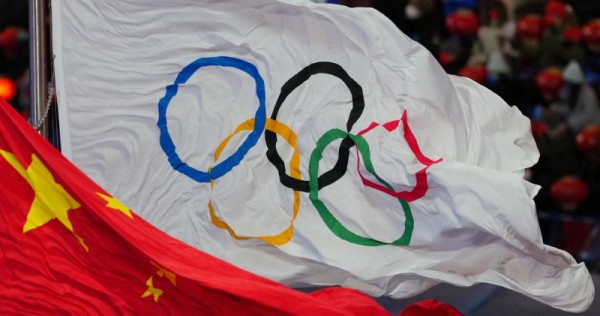 WASHINGTON – Senior Chinese officials told senior Russian officials in early February not to invade Ukraine before the end of the Winter Olympics in Beijing, the New York Times reported, quoting Biden administration officials and a European official who cited a Western intelligence report.

The Times said the intelligence report indicated senior Chinese officials had some level of knowledge about Russia’s plans or intentions to invade Ukraine before Russian President Vladimir Putin launched the operation last week.

A source familiar with the matter confirmed to Reuters that China had made the request but declined to provide details. The source declined to be identified due to the sensitivity of the matter.

“The claims mentioned in the relevant reports are speculations without any basis, and are intended to blame-shift and smear China,” said Liu Pengyu, a spokesman for the Chinese Embassy in Washington.

The US State Department, the CIA and the White House National Security Council did not immediately respond to requests for comment.

After weeks of warnings from Western leaders, Russia unleashed a three-pronged invasion of Ukraine from the north, east and south on Feb 24, just days after the 2022 Beijing Winter Olympics ended.

Putin and Chinese leader Xi Jinping met at the start of the Olympics on Feb 4 and declared an upgraded “no limits” partnership in which they pledged to collaborate more against the West.

The New York Times said the intelligence on the exchange between the Chinese and Russian officials was collected by a Western intelligence service and was considered credible by officials reviewing it.

US officials have confirmed previous Times reporting that Washington passed on to senior Chinese officials intelligence on the Russian troop buildup around Ukraine ahead of the invasion in the hope that Beijing would persuade Moscow to stand down its troops.

The newspaper said senior officials in the United States and in allied governments passed around the intelligence as they discussed when Putin might attack Ukraine but intelligence services had varying interpretations, adding that it was not clear how widely the information was shared.

One official the Times said was familiar with the intelligence said the material did not necessarily indicate the conversations about an invasion took place at the level of Xi and Putin.

Bonny Lin, a China expert at the Center for Strategic and International Studies think tank, said it was unclear how much Xi knew about Putin’s intentions.

She noted that China had been to slow to evacuate citizens from Ukraine, which suggested it was not fully prepared.

“Given the evidence we have so far, I think we can’t rule out either possibility definitely – that Xi didn’t know (which is bad) and that Xi may have known (which is also bad),” she said.