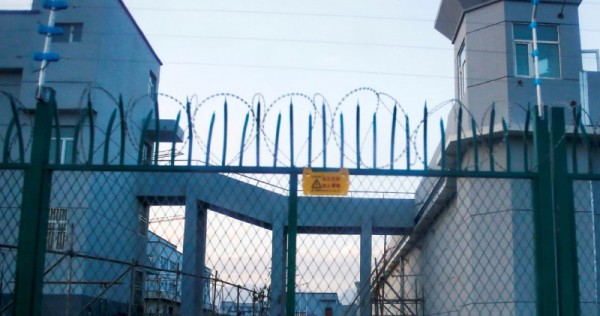 Beijing and Washington are locked in another round of narrative wars over an unsubstantiated claim that US diplomats had admitted human rights issues in Xinjiang were made up to undermine China.

In a statement emailed on Tuesday (June 7), a spokesperson for the US embassy urged China to stop attributing false statements to American officials that could make them targets for harassment.

The spokesperson said the US position on Xinjiang remained that genocide and crimes against humanity against the predominately Muslim Uygur population and other ethnic and religious minorities were ongoing.

The statement was referring to a claim that circulated on Twitter and Chinese social media before landing among talking points for Chinese diplomats on Monday.

Buyidao, a WeChat account associated with Chinese nationalist tabloid Global Times, cited an anonymous source when it claimed on Sunday that Sheila Carey and Andrew Chira, US diplomats in China, had said during a 2021 reception that Washington knew there were no human rights violations in Xinjiang but used the issue to create dissatisfaction among Uygurs and damage ethnic relations.

It also alleged the US aimed to use the issue to make Xinjiang poor, unstable and separate from China.

The Buyidao report has been reposted by multiple social media accounts on Weibo, including those owned by the Communist Youth League and local Chinese government departments.

After quoting the alleged statement from the Buyidao report, Hua tweeted: “A rare truth from US officials who’ve been lying through their teeth. Waiting for an explanation.”

As least nine Twitter accounts, most of them created last month, commented and repeated the rumour as early as May 27, days before the Buyidao report.

When asked about it at a press conference on Monday, Chinese foreign ministry spokesman Zhao Lijian said he would not be surprised if the allegations were true. And when asked to comment on the allegations again on Tuesday, Zhao said the alleged statement reflected how the US “fabricated the lie of the century”.

The US embassy spokesperson said: “Such action potentially endangers the US officials being named and is inconsistent with the [People’s Republic of China’s] obligations to treat United States diplomats with due respect and take all appropriate steps to prevent any attack on their freedom or dignity,” according to a statement emailed on Tuesday.

The US embassy spokesperson said there was “ample and damning evidence” – such as satellite imagery, leaked photos and documents and witness testimony from former detainees of internment camps – of human rights abuses in Xinjiang.

The spokesperson also said online activists in China had exposed the personal information of US officials and their spouses, and encouraged attacks, a move amplified by Chinese media reports.

“These campaigns appeared to have been conducted with the tacit approval of the PRC government, which exerts near total control over the PRC media’s news coverage.”

China has denied accusations of human rights abuse, saying the camps were needed for deradicalisation and to tackle terrorism. An average 1.3 million “students” have been “trained” each year from 2014 to 2019 at the facilities, Beijing said.

It is not the first time China and the US have sparred over Beijing’s misrepresentation of American foreign policy. State Department spokesman Ned Price has said China repeatedly misstated the US’ Taiwan policy as Beijing’s one-China principle.