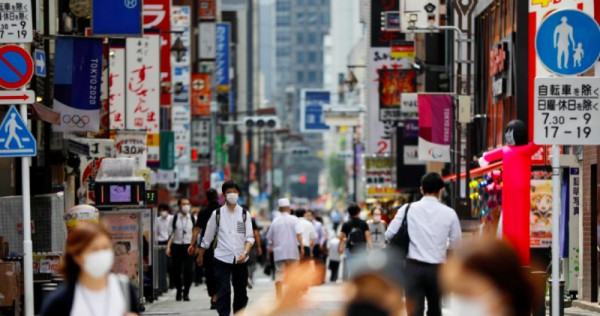 Three men have been arrested in Japan on charges of defamation for using image manipulation software to superimpose the faces of famous actresses and singers on performers in pornographic movies and then selling access to the footage through a website.

The arrests were the second in a matter of months, with an analyst suggesting Japanese police are heeding calls for them to pay greater attention to sex-related cybercrimes.

The three men — Masayuki Futamata, 46, and Gaku Yamaguchi, 33, both of Tokyo, and 23-year-old Kentaro Kubo of Yokohama — allegedly used software that they downloaded from the internet to create 215 “deepfake” videos that purported to show well-known Japanese celebrities in pornographic films.

The videos were then released on a pay-per-view adult website. Police claim that Futamata earned more than 500,000 yen (S$6,500) from the site, while Kubo earned an estimated 1 million yen.

The celebrities who appeared in the videos have not been identified by the police, but the arrests were welcomed by the Ever Green Entertainment agency in Tokyo, which represents a number of well-known actresses, models and musician, such as Okamoto Rei, Ikeda Elaiza and Yanagi Yurina.

In a statement, the company said some of its celebrities “who are the victims of these illegally created videos have been under attack and have become the target of abuse as some people have commented on social media sites that these videos are not fake”.

Authorities told the Asahi newspaper that Yamaguchi and Kubo have admitted to defamation of the women whose images appeared in the deepfake videos, although Futamata has denied the charge.

Under Japanese law, defamation charges can be brought against someone who insults the honour or damages the reputation of another person. It can be applied in cases in which the victim is famous as it might impact his or her public standing and career, but it is also applicable to ordinary citizens on the same grounds of causing harm to a reputation.

In the previous case, two men were arrested in September in Tokyo and Chiba prefecture on defamation charges for using artificial intelligence software to create manipulated pornographic videos, which they then sold.

None of the cases against the three men in the latest incidents have come to court yet, although a first conviction is only likely to incur a fine and a suspended sentence. Courts will be less lenient in subsequent convictions, Adelstein suggested, so the court hearings and the media coverage of the arrests is likely also designed to serve as a warning to others.

“I do believe this is the start of a trend in the police,” he said. “We are in a whole new world of technology and the authorities will want to get in front of something like this before we see deepfake footage of what appears to be famous people making speeches and saying things that they never did.”

The new administration of Prime Minister Yoshihide Suga is being aggressive in modernising Japanese business and bureaucracy, such as by largely abolishing the use of “hanko” seals on many official documents, and is also setting up a new cybercrime division within the National Police Agency to deal with emerging new threats.

The Tokyo Metropolitan Police told national broadcaster NHK that as many as 200 female celebrities have contacted them to date to complain about deepfake pornography.