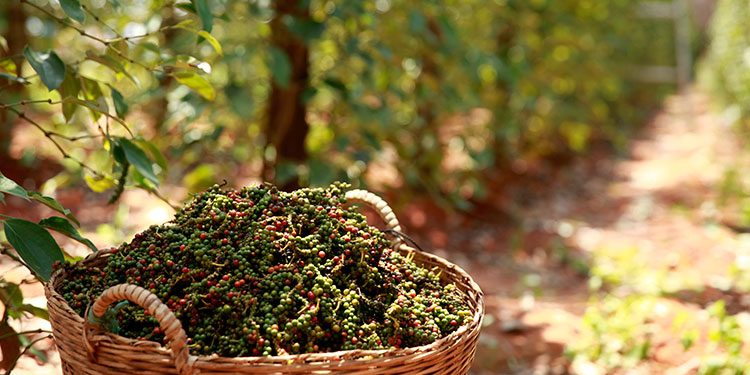 Cambodia exported 28,074 tonnes of pepper last year, a skyrocket increase of 452 percent compared to a year before, said a report from the Ministry of Agriculture, Forestry and Forestry.

Vietnam was the biggest market of the Kingdom’s pepper export last year, importing some 27,111 tonnes or 96.5 percent of the total export amount, read the report.

Other main markets are Germany 607 tonnes, Thailand 180 tonnes, France 45 tonnes, and India 42 tonnes, while the rest went to Belgium, China’s Taiwan, Czech, Poland, Japan, Russia, South Korea, Singapore, the US, Switzerland, Sweden, the UK, Australia, Canada, and Malaysia, and some countries in the Middle East and North Africa.

Mak Ny, president of the Cambodia Pepper and Spice Federation, said on Tuesday that local processing and diversification of the market would help increase the value-added price to the pepper.

“We acknowledge that Vietnam is the biggest market for our pepper, but some investors have started investment on processing for finished products of pepper which would push the stable price of the commodity,” Ny said.

“The federation has promoted pepper to other markets including the Middle East and North Africa, and under the free trade agreement with China, we expect that we can reduce dependency on export to Vietnam and this would keep the market stable with price,” he said.

Nguon Lay, president of the Kampot Pepper Promotion Association, said on Tuesday that the association is looking to expand its market to others –China, South Korea and Japan.

“Our pepper is exported to the EU market and the amount we supply yearly is the same. So, we want to expand to new markets like China with hopes of boosting production,” Lay added.

Last year, the association supplied to exporting companies which are partners of the association about 110 tonnes. Ny and Lay urged the farmers to strengthen pepper production to gain market with a promised price.