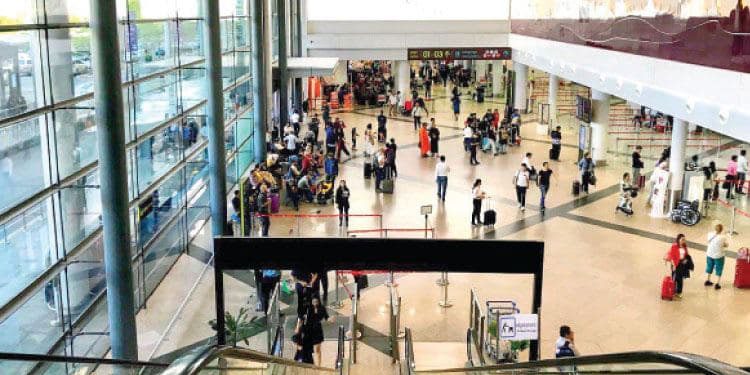 The International Monetary Fund says Cambodia’s gross domestic product (GDP) will grow 2.2 percent this year, down from a previous forecast of 4.2 percent annual growth. GDP was minus 3.1 percent last year after average annual growth of 7 percent in previous years.

“Although activity showed signs of picking up toward the end of 2020, the rapid spread of the virus from February this year has set the economy back again,” said IMF team leader Alasdair Scott in a virtual meeting with Cambodian authorities.

“As in many other countries, the crisis has strained the ability of households and firms to service loans,” he added.

“A slow recovery is projected. Our staff projects growth of 2.2 percent in 2021, increasing gradually to pre-crisis rates of 6.5 percent after a few years.”

Future growth depends upon Cambodia and its neighbours controlling the spread of the Coronavirus, allowing foreign tourists to return, Scott said.

Cambodia has vaccinated 83 percent of its approximately 16 million population at least once. It aims to fully vaccinate at least 91 percent of the population.

“Slower progress would damage growth further,” Scott warned. “These risks appear skewed to the downside at this stage.”

The IMF praised the government for prioritising healthcare and social assistance during the pandemic but said policymakers need to balance near-term support with longer-term sustainability.

“Continued restraint on other current spending and careful calibration of capital spending will ensure that financing needs can be met by existing government savings and existing external financing sources,” Scott said.

The IMF says fiscal deficits are expected to widen to nearly 6 percent this year because of falling tax revenue and higher demand for spending on health and social assistance. Public debt is now 36 percent of GDP. In 2019 it 29 percent.

The IMF said pre-pandemic risks include the concentration of the banking sector assets in real estate.

“Healthy banks are essential for a durable recovery,” Scott said. “To that end we commend the NBC [National Bank of Cambodia] for enhancing reporting requirements. This will assist the close monitoring of banks’ positions and can provide the necessary tools to implement a carefully calibrated sequence of steps to gradually return to standard prudential requirements.”

The ADB is sticking with its estimate of 5.5 percent growth next year.