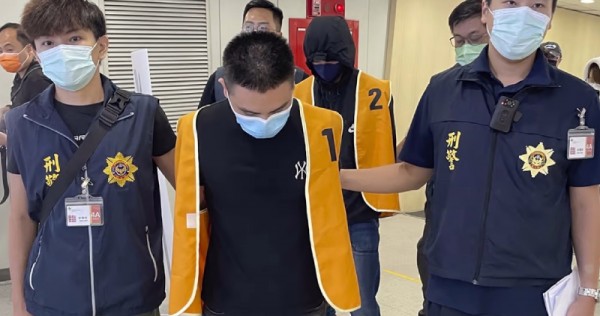 It starts with a social media job posting, or a nudge over Facebook from an acquaintance, promising debt-saddled youngsters from Hong Kong to Taiwan, Thailand and Malaysia rewards for overseas work in online sales.

But once the prospective employee leaves for their new job, they tumble through a trapdoor of trafficking, debt-bound to ruthless Chinese gangs who force them to scam their compatriots, or face beatings and the risk of being sold to another criminal crew.

Asia is in the grip of a scamming epidemic, centred on Cambodia but with lucrative outposts in the casinos of Myanmar and Laos’ anarchic borderlands.

It has cost untold numbers of people their life savings after they were swindled by elaborate scams offering love, high yield foreign-exchange deals and ponzi-scheme investments, or conned into believing they were paying off fake police and customs officers.

Experts fear tens of thousands of young men and women could be held captive by the scamming gangs, being used to make innumerable calls every day – many against their will.

Hong Kong authorities say they’ve received 41 appeals for help from people tricked by Asia’s scam rings. Some remain trapped in Cambodia and Myanmar, but 23 have been confirmed as safe.

Ah Dee was one such victim. The 30-year-old told of how he’d answered a Facebook advert offering a HK$50,000 (S$8,900) salary for an advertising job in Thailand. He travelled to the kingdom’s northern Mae Sot district, only to be bundled into a car and trafficked over the border to Myanmar where he was told to pay a US$10,000 (S$14,000) ransom or work the bill off doing phone scams.

“I just tried all I could to figure out a way to leave,” he told the Hong Kong charity Stop Trafficking of People (STOP), using an alias. “I can’t work for them. Scamming is illegal.”

Most victims are from Taiwan, Thailand and Vietnam, authorities from those countries say, but Indonesians, Malaysians and even Kenyans are also being duped into taking fake jobs by the scam call-centre gangs.

“My family had to borrow money to pay my way out,” said Wan, a Thai national who was lured by the promise of US$1,500-US$2,000 a month to work in an online casino at the Cambodia border, only to find himself part of a phishing scam.

Wan, who only gave one name, was freed a month later after coughing up several thousand US dollars, but said many others were still trapped in debt bondage by the criminal gangs.

It’s impossible to know exactly how much money the gangs are making, but Thai police believe more than US$1 billion was conned from their country’s citizens alone over the course of the Covid-19 pandemic.

A handful of Chinese nationals oversee each scamming network, according to police sources, managing scores of workers who stay locked up inside vast compounds.

Entire hotels in Cambodia have been converted into scam call centres, they said, with each floor housing people of different nationalities targeting compatriots in their home countries.

Wan, the Thai escapee, said the scam gangs split the work across three operators: the first scours social media for victims, the second phones in the scam – delivered from a script – and the last “closes” the deal and takes the bank transfers.

Their ruses range from so-called catfishing – where a person is lured into a relationship by means of a fictional online persona – and cryptocurrency investments, to scammers posing as police officers demanding money transfers to “unfreeze” victims’ bank accounts.

For the latter scam, the “closer” will often don a fake uniform and make a video call to the victim from a number matching one of a real Thai police station, Wan said.

Videos seen by This Week In Asia show compounds in Cambodia’s Sihanoukville where operators make calls from desks surrounded by posters with motivational slogans, scripts of sales patter and lists of potential targets.

“These compounds have armed guards, razor wire and barricades – you can’t go in and out,” said Police Lieutenant-General Surachate Hakparn, who leads Thailand’s trafficking response and has extracted 900 Thais from Cambodia since late last year. “You have to ask how is that possible?”

It can take months for those who have been trafficked to work off their “debts” to the scam gangs. Others make a run for it – a video that emerged from Cambodia showed dozens of Vietnamese bursting from a casino and swimming across a river to escape stick-wielding guards.

Thai operators who sought rescue in recent days were trapped in residential areas of Phnom Penh, Sihanoukville and Manila, according to geolocation data.

Kenyans have also been warned by their country’s embassy in Thailand not to accept jobs in the region without full official contracts, after a number of their fellow nationals became trapped by scam gangs in Myanmar and Laos.

Scam networks ‘mushroomed’ amid the pandemic

Taiwanese triads developed an earlier version of the scam infrastructure that is currently in place about a decade ago, according to security officials, after they established call centres in Thailand targeting Chinese nationals.

Those were eventually closed down by Thai authorities at Beijing’s request, but the gangs simply shifted over the border to Cambodia – with many of their members taking Cambodian citizenship and super-sizing their operations using dirty money gained from the dodgy casinos that pepper the Mekong region.

The industry feeds on a vast workforce of young men and women who have been unable to find work since the pandemic, and the hopes, desperation and naivety of the millions of Asians who are easily reachable online.

“It’s mushroomed to become a regional problem,” said Jeremy Douglas of the United Nations Office on Drugs and Crime, who said the pandemic prodded the Mekong’s established crime lords “to adapt and innovate”.

“Casinos operating in border areas and special economic zones lost floor traffic as tourism dried up,” he said. “They reacted by accelerating their move into tech and online …. call centre frauds were an additional pivot as they pushed for more revenue.”

For those who escape the call centres, the question of complicity in scamming their fellow nationals complicates the legal response, said Kaili Lee of the Taiwanese Garden of Hope Foundation NGO, which helps people who have been trafficked.

“We have to treat these people as victims,” she said. “They had to survive, so they may have committed crimes along the way … but this is really a human rights issue.”

There are around 10,000 Taiwanese and Thais unaccounted for inside Cambodia, according to police statistics, while hundreds of Vietnamese, Malaysians, Indonesians and Filipinos have been rescued.

Under diplomatic pressure, Cambodia says it will soon release a plan to crackdown on the criminal gangs and denies that its officials are entwined with the scam call centres.

“Cambodia is the victim country,” Chou Bun Eng, vice-chair of Cambodia’s National Committee for Counter-Trafficking told This Week In Asia “These are foreigners using our territory to commit crimes against other foreigners. We do not have the capacity to respond to every report of crime, but we rescue victims when we can.”

Cambodia ranked 157th out of 180 nations in Transparency International’s latest corruption perceptions index, making it a haven for criminals flush with the cash to make law enforcement look the other way.

“You can never completely beat them,” said Surachate of the Thai police. “We do what we can, but the money they are making is so large they can buy off anyone.”