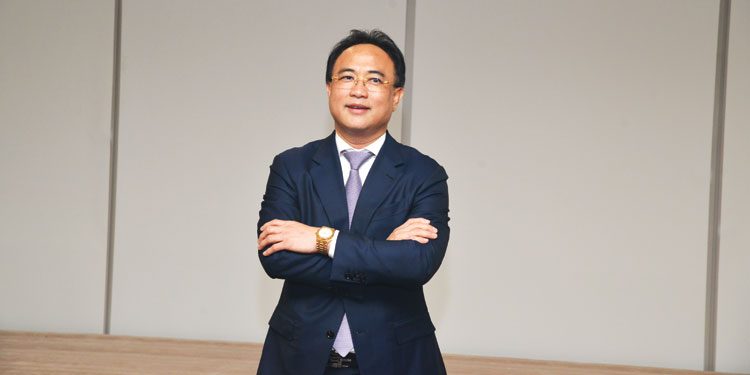 Cambodian tycoon Kith Meng has pledged in the name of the president of the Cambodian Chamber of Commerce (CCC) to make 2021 another great year to promote the Kingdom’s business community.

The claim was made on his Facebook page, saying the CCC serves to promote the interests of the business community.

“We diligently fulfill our role in establishing relationships with economic sources inside and outside Cambodia in order to gather information relating to the development of national enterprises,” he said.

Meng said that it is a great honour to serve as president of the CCC, which is a meaningful role to which he says he has given his best to perform since 2005.

“In the performance of these important duties, I have interacted with a great number of outstanding people, contributing to society in various ways. I am deeply grateful and look forward to making 2021 another great year,” he said.

As a prominent Cambodian businessman, Meng is chairman and chief executive officer of the Royal Group, which counts among its many holdings 45 percent  of J-Trust Royal Bank, the mobile phone operator Cellcard/CamGSM and 100 percent of Royal Railway.

He said that CCC’s activities and projects are aimed to improve enterprise efficiency for the interests of the commercial, industrial, agricultural, crafts and service sectors and the economy in general.

“We provide the Royal Government and provincial/municipal authorities with opinions and information on commercial, industrial, agricultural, crafts and services issues,” he said adding that CCC also plays a role as representative of the communities dealing with these issues to facilitate coordination with the state authority.

“Where necessary, we play a role as arbiter in resolving business disputes,” he said.

According to CCC’s website, there are 12 municipal/provincial chambers of commerce representing their member businesses in their respective territories. And it works to make their voices heard and contribute to the efficiency of the government, thus, making the business environment friendlier to businesses.