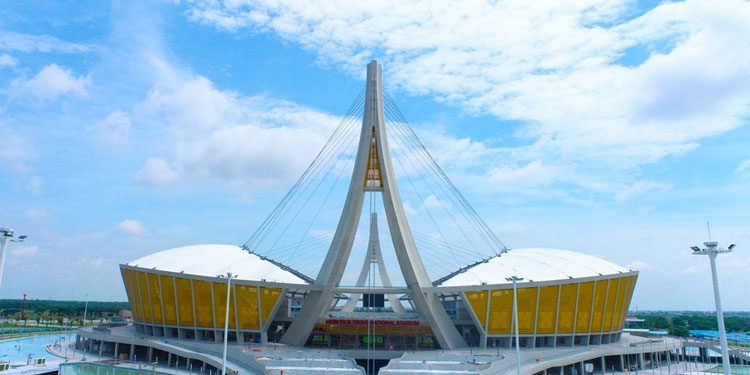 The National Assembly of Cambodia ratified the Regional Comprehensive Economic Partnership (RCEP) which comprises 15 Asia-Pacific countries and the bilateral free trade agreement (FTA) with China to boost trade and investment.

Lawmakers, who were present during the parliamentary session, unanimously adopted the pacts, which will be next reviewed by the Senate before being submitted to King Norodom Sihamoni for endorsement.

Cambodian Minister of Commerce Pan Sorasak said the Cambodia-China FTA was signed on Oct. 12, 2020, aiming at boosting trade and investment volumes between the two Asian countries.

“The agreement will facilitate trade in goods between the two countries through reducing and eliminating tariffs and non-tariff barriers,” he told the parliament. “It will also facilitate, protect, promote and attract investment.”

The pact will further strengthen bilateral cooperation under the framework of the Belt and Road Initiative (BRI), the minister said, adding that it will enter into force 30 days after both countries have exchanged their ratification instrument through a diplomatic channel.

The commerce minister said the Cambodian government has projected that the RCEP accord will boost the country’s gross domestic product (GDP) by 2 percent, exports by 7.3 percent and investment by 23.4 percent.

“The RCEP agreement will become the core foundation for trade and investment in the region, further expand regional value chains and create more employment and market opportunities for peoples and businesses in the region,” he told the parliament.

“It also gives support to the world on the multilateral free trade system,” he added.

Cheam Yeap, chairman of the National Assembly’s Commission of Economy, Finance, Banking and Audit, said that the pact will enter into force 60 days after six ASEAN member states and three of the non-ASEAN signatories ratified the agreement.

“This agreement will create an open trade and investment atmosphere for the region and will ultimately contribute to global economic growth and development,” he said.

Covering a region with a combined gross domestic product (GDP) of 26.2 trillion U.S. dollars, or about 30 percent of global GDP, the RCEP agreement is an unprecedented, modern, comprehensive, high-quality and reciprocal mega-regional trading arrangement that accommodates the broadest possible interests, conditions and priorities of different countries.

Once in effect, the deal will eliminate tariffs on as much as 90 percent of goods traded between its signatories over the next 20 years.

The FTA pact will further strengthen bilateral cooperation under the framework of the Belt and Road Initiative (BRI), the minister said, adding that it will enter into force 30 days after both countries have exchanged their ratification instrument through a diplomatic channel.

Senior lawmaker Nin Saphon said Cambodia saw China as a huge market for its products and that the deal would provide greater market access to Cambodia’s goods.

“The deal will contribute to boosting Cambodia’s economic growth, attracting new investment and further improving the living conditions of the Cambodian people,” she said.

Seang Thay, a spokesman for Cambodia’s Ministry of Commerce, said the agreement would undoubtedly be a new driving force to accelerate Cambodia’s trade and investment volumes with China during the post-COVID-19 era.

Despite the impact of COVID-19, trade volume between the two countries was valued at almost 5 billion U.S. dollars during the first six months of 2021, up 31 percent year-on-year, according to a Cambodian Ministry of Commerce’s report.