in ASIA, Cambodia, Politics, US
0 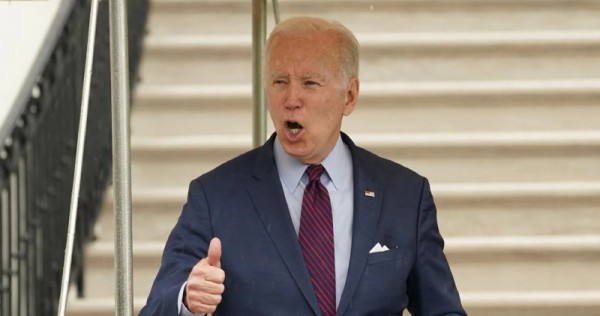 President Joe Biden should spend more time with Southeast Asian leaders during a summit in Washington next week if his administration is serious about elevating US ties with the region, where China holds significant sway, a senior Cambodian official said on Friday (May 6).

No individual meetings were currently planned between the region’s leaders and Biden when the 10-nation Association of Southeast Asian Nations (Asean) meets with him for talks on May 12 and 13, said Kao Kim Hourn, a minister and close adviser to Cambodia’s long-serving Prime Minister Hun Sen.

Cambodia holds the rotating Asean chair and up to eight leaders, including Hun Sen, are expected to attend the summit. Myanmar’s leader has been excluded over a coup there last year and the Philippines will be in transition after an election .

Kao Kim Hourn said Asean leaders “should be treated with respect and equality” and given the chance to spend “useful time” with Biden.

“As a big country, a host country, the United States should be more generous to the guests, the leaders who are travelling to Washington, particularly as

The White House did not immediately respond to a request for comment on Kao Him Hourn’s remarks, but press secretary Jen Pskai told reporters Biden would host a White House dinner for Asean leaders on Thursday and participate in a summit with them at the State Department on Friday.

She said the summit would “recognise Asean’s central role in delivering sustainable solutions to the region’s most pressing challenges and commemorate 45 years of US-Asean relations.”

It will be the first Asean leaders summit hosted in Washington, and a first White House visit for Hun Sen, who has ruled Cambodia since 1985 and has faced frequent American criticism for suppressing dissent and jailing opponents.

Kao Kim Hourn said Cambodia, which has close economic ties to China, would not “choose sides” between Washington and Beijing, and that US investment in his country was growing.

Likewise, Asean works with both the US and China under its principle of “inclusiveness,” he said.

Analysts and diplomats say Asean countries are keen to boost ties with the US, but have been frustrated by its failure to detail plans for economic engagement after former president Donald Trump quit a regional trade pact.

Kao Kim Hourn said Biden’s Indo-Pacific Economic Framework remained a “work in progress” and Washington was focused on domestic issues and the crisis in Ukraine .

“There’s a lot in the details that we don’t know yet,” he said of IPEF. “We understand that there’s so many competing priorities on the global agenda for the United States.”

The South China Sea, where Asean members have competing claims with Beijing, would certainly be on the agenda with Biden, as well as environmental issues, Kao Kim Hourn said.

Biden is likely to press Asean to do more to support his efforts to diplomatically and economically isolate Russia after its invasion of Ukraine.

Kao Kim Hourn said individual Asean members had different positions on the conflict, and any collective Asean position would have to be “consensus based.”