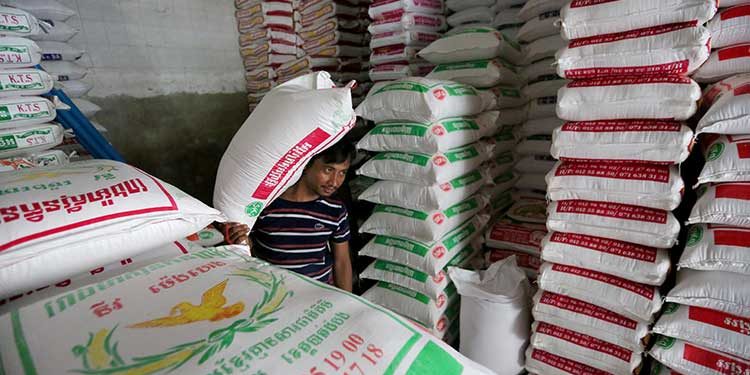 Cambodia has won the case against the EU decision to withdraw tariff preferences for the import of rice from the country, said a Cambodia Rice Federation release yesterday.

The Cambodia Rice Federation (CRF) on April 10, 2019, filed a case against the European Commission’s decision to impose import duty on long grain rice (Indica Rice) from Cambodia to the EU market.

Three years later on November 9, 2022, the General Court, which is the first instance court of the Court of Justice of the European Union, found that the regulation (imposition of duties) against Cambodian long grain rice was illegal and violated key substantive and procedural rules.

“It took three-and-a-half years for the General Court in Luxembourg to rule that a now-lapsed three-year safeguard on imports of Indica Rice from Cambodia and Myanmar was illegal,” the court order read.

Lu Yeng, CRF Secretary General, told Khmer Times, “This is a verdict that states EU action was wrong. The verdict confirms that the EU made a wrong decision.”

Cambodia, which sued the EU over the regulation, “benefits from duty-free, quota-free imports into the EU under EBA (Everything But Arms) initiative favouring the world’s ‘least-developed’ countries,” he said.

“The EU has a highly protectionist import regime for rice, which fetches a price of €175 per ton. Only the world’s poorest countries, such as Cambodia and Myanmar, have duty-free, quota-free access and have grown competitive in this industry in recent years,” the CRF Secretary General said.

The judgment covers procedures related to importing safeguards under the EU’s General System of Preferences (GSP) scheme and not the EU’s general trade defence instruments rules, he said adding, “It will likely reassure developing country exporters and EU importers relying on the GSP regime.”

Ky Sereyvath, Director of the Chinese Study Center and a researcher in economics at the Royal Academy of Cambodia, told Khmer Times, “The European Court of Justice has ruled that Cambodian rice will be given preferential tariffs, while the European Commission imposed tariffs on rice without proof. The rice exports to the European market will continue to grow and improve.”

The export of Cambodian rice to international markets depends on the favourable global economic situation, he said.