Cambodia to host ASEM13 to strengthen multilateralism for shared growth 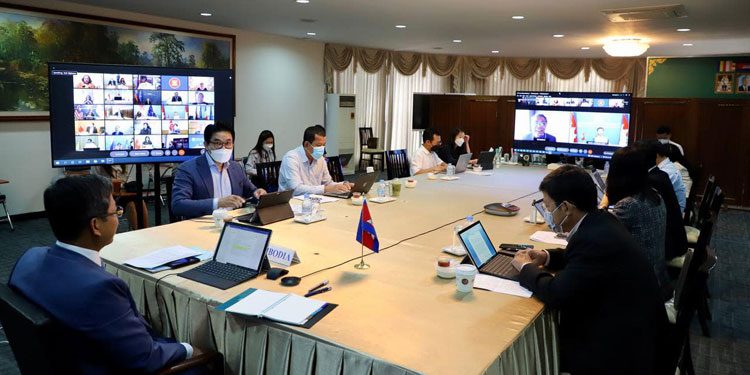 Cambodia as the host of the 13th Summit of the Asia-Europe Meeting (ASEM13) has sent out an official invitation to all ASEM leaders with the majority, including the President of the European Council confirming their attendance for the two-day virtual meeting scheduled to be held starting November 25.

The ASEM 13 themed ‘Strengthening Multilaterism for Shared Growth’ will be co-chaired with Slovenia as the President of the European Council.

This was disclosed at the two-day Asia-European Summit Officials’ Meeting (ASEM SOM) which concluded on September 17 which was participated by 51 ASEM SOM leaders as well as high representatives from the ASEAN Secretariat, the European Union, and the Executive Director of the Asia-Europe Foundation (ASEF).

“Many ASEM partners expressed appreciation for Cambodia’s efforts during the ASEM SOM meeting which was co-chaired by Cambodia and Slovenia. Indeed, we had a good and productive discussion on the Chair’s Statement”, he said on Friday.

All decisions of the ASEM leaders have to apply by consensus, as the same as ASEAN, he added.

In order to submit any documents to the ASEM leaders,  David said the ASEM SOM has to discuss step by step from Europe side to Asia side,  and then all the members, including the Europe council and ASEAN Secretariat.

During this two-day meeting, he added that the ASEM SOM leaders  discussed at length the draft of the ASEM13 Chair’s Statement to be adopted at the ASEM13. ASEM SOM leaders agreed to have another round of drafting session later this month to discuss some remaining issues.

He said all participants lauded Cambodia and Slovenia for co-hosting the meeting in the spirit of maintaining ASEM momentum towards a successful ASEM13.

David added that three important documents were drafted for ASEM leaders, including Phnom Penh Statement on the Post-Covid-19 Socio-Economic Recovery, the chair‘s statement, and the ASEM connectivity.