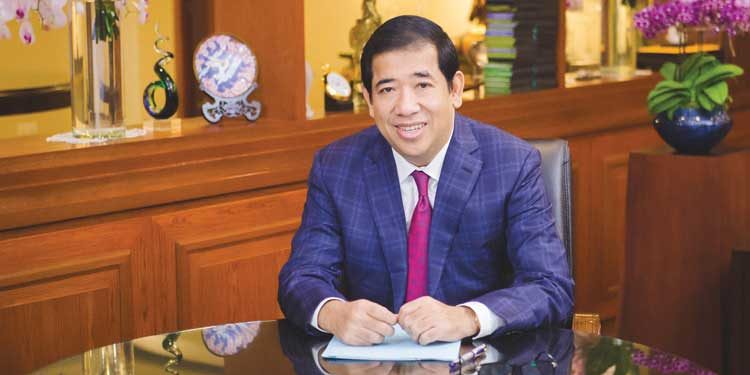 The General Department of Taxation (GTD) of the Ministry of Economy and Finance (MEF) has collected more than $2.94 billion of tax revenue for the period of first 10 months this year, which passes the amount set in the budget law 2022 and increases 26.96 percent compared to the same period last year, according to a press release by GDT on Tuesday.

The press release also indicates that the draft law on financial management for 2023—approved by the Office of the Council of Ministers on 28 October 2022 attended by Prime Minister Hun Sen—requires GDT to collect more than $3.57 billion or 26.70 percent compared the amount set in the budget law 2022—about $2.82 billion.

“This year, we are very proud of the amount of the rising revenue as we have reached the target by collecting the tax revenue in only ten months. We hope that the internal revenue will contribute to supporting the spending that we are covering to help the people’s livelihood,” Prime Minister said during a meeting with Vietnamese Prime Minister Phạm Minh Chính on Tuesday last week.

Kong Vibol, Director General of GDT, said the new target for 2023 which will be about $752.16 million higher than 2022 would probably be very tough for the internal tax authority to achieve. “I am committed and do my best in completing the mission to collect the tax revenue unwaveringly … to further fully support the implementation of the government’s policies,” Vibol said.

GDT has also collected about $32.05 million of tax revenue through E-commerce in the first ten months and about $5.49 million in October alone, according to the press release, adding that merit and demerit system (MDS) was officially launched in its human resources management system reforms to reach meritocracy in the tax arm of Cambodia’s finance ministry.

The release also pointed out that 16 cases have been under preliminary investigation in tax crimes, seven cases were charged by prosecutors for tax crime and money laundering crimes and seven cases of freezing properties — three of whom were decided on tax crimes and money laundering crimes, while six others were imprisoned and another six have been on the run.