Cambodia set its goal to push Cambodia Rice exports up to 800,000 tonnes this year 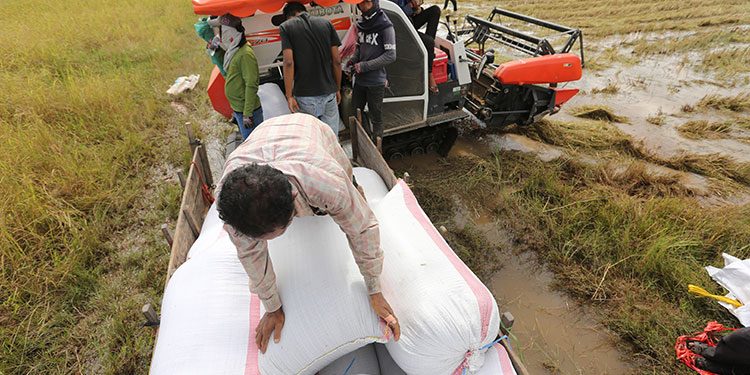 The Cambodia Rice Federation has set its goal on pushing milled rice export up to 800,000 tonnes this year, about a 30 percent increase from 2021 exports.

CRF boosts for wider promotion of Cambodia’s rice and pure rice seed production which is in demand in the markets.

“Through the new goal, priority should be given to promoting the development of rice varieties that meet export demand, resilience and climate change, and promoting the production of pure rice seeds for the farming communities to use and encourage more exports through the promotion of registered rice brands, including Angkor Jasmine and the collective brands of fragrant rice and sticky rice, which will be registered in the near future,” it said.

CRF vice president Chan Sokheng said that CRF expects markets in China and the EU will be bigger for Cambodia’s rice export, which will boost rice exports.

Regarding the target, CRF examined both the markets that absorbed the potential of Cambodian rice, as well as each growing market and approval of rice exports between 750,000 tonnes and 800,000 tonnes is expected to reach 100 percent, he said.

Cambodia exported 617,069 tonnes of milled rice from January to December 2021, netting more than $527 million. The update was shared recently by the Ministry of Agriculture, Forestry, and Fisheries (MAFF), indicating that the total milled rice export decreased by 10.68 percent compared to 2020.

Cambodia reached a new quota of 400,000 tonnes of milled rice export to China late last year and the EU’s safeguard imposed on Cambodia’s white rice will be ended this month.

Digitalisation, training incentives and free trade offer plenty of opportunities in 2022 for business in Cambodia