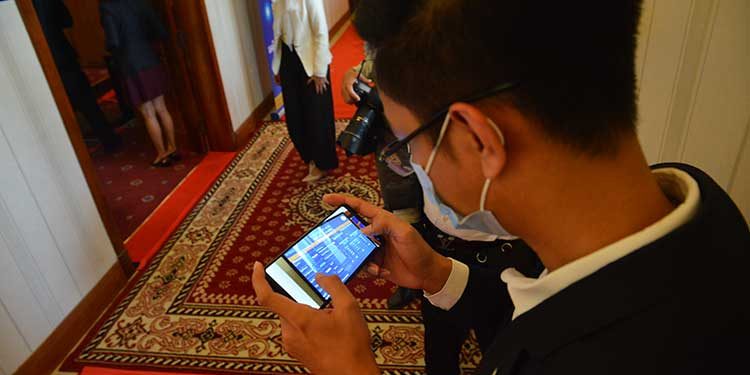 A plan for the next 10 years is vital for the development of financial technology for securities market in Cambodia, Finance Minister Aun Pornmoniroth said yesterday at a conference organised by the Cambodia Securities Exchange (CSX) to celebrate its 10th anniversary and to launch a new mobile application for trading.

The finance minister said at the three-day national conference on “A Decade of Market Emergence and Ways Forward” that a new 10-year plan for Cambodia’s securities market development needs to be prepared in the context of the current global economy and fast development of financial technology.

“I already advised that the Securities and Exchange Regulator of Cambodia lead this task and I strongly hope that all stakeholders will work with Cambodia Securities Exchange and the regulator to expedite the development plan,” Pornmoniroth said.

Pornmoniroth assigned financial officials to examine and capture new opportunities in financial technology to expedite the development of the market through digitalisation.

“At the same time, I would like to request you to strive to expedite the preparation of the policy successfully with strategies, key measures and necessary action plans,” the minister said.

Sou Socheat, Director General of Securities and Exchange Regulator of Cambodia (SERC), said it would be a master plan that describes in detail the actions to be taken by different stakeholders for the development of the market.

Hong Sok Hour, CEO of CSX, said the master plan would reflect a very ambitious goal to support local listed firms to raise millions of US dollars within the next five to 10 years.

Sok Hour noted that some firms in Cambodia are valued in thousands of million dollars such as Acleda Bank Plc at nearly two thousand million dollars, but it was established about 30 years ago. “Can we help new firms to be valued at this amount within five to 10 years?”

The ‘CSX Trade’ mobile application was officially launched during the event. “Through officially launching CSX Trade App today, it would be easier for investors to trade in securities using a mobile phone and I believe this system will scale up trading operation to a better level,” Sou Socheat said.

Currently, of the nine firms listed for stock trading with the CSX, three are state-owned and six are private companies. Six private firms were listed for bond trading as well.

Chestertons, a global real estate agency based in the United Kingdom, launches services in Cambodia