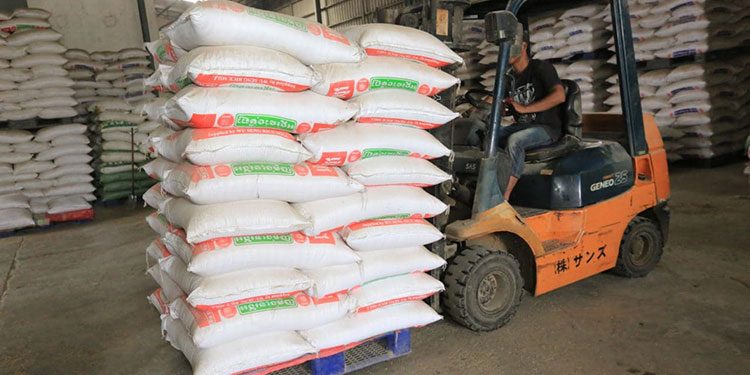 Forty-eight exporters sent products to 54 destinations, of which Cambodia exported 115,255 tonnes, or 52.12 percent, worth $62.74 million to China and Hong Kong Autonomous Region. The Kingdom exported 68,555 tons, or 31 percent, valued at $51 million to Europe.

In the first four months, 1,648,474 tonnes of rice were exported through the border with Vietnam, earning about $376.64 million.

Lun Yeng, general secretary, CRF, told Khmer Times, “With rice exports up nearly 15 percent in the first four months of 2022, we expect further growth with a potential to reach 750,000 to 800,000 tonnes, as food demand soared during the Russia-Ukraine war crisis.”

Song Saran, president of the CRF and CEO of Miller and Exporter, said, “For Cambodia, we are progressive in the agriculture sector. Cambodia is considered as a country of food products in South East Asia with high potential in rice, cassava, cashew nut, etc. In the past six months, the impact of Covid-19 affected supply chains, including transportation.

“In 2022, exports recovered by more than 12 percent, but earnings from exports decreased. The war between Russia and Ukraine has driven food demand by more than 30 percent from the European market,” he added.