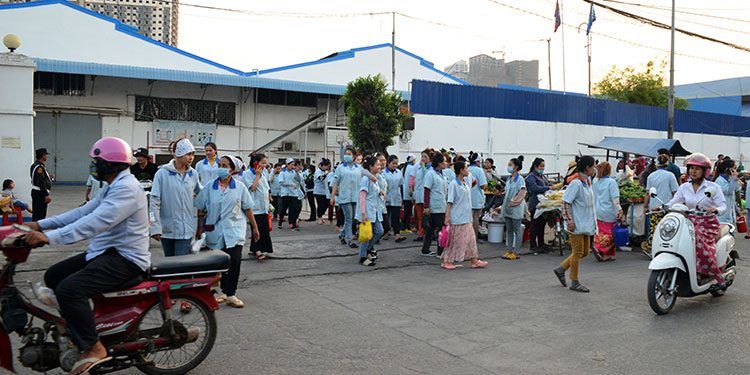 Among the average costs of doing business in Asia, Cambodia ranks top. According to TMX’s – a business transformation consultancy – latest report, ‘The Great Supply Chain Migration – Breaking down the Cost of Doing Business in Asia’, Cambodia is reported to have the lowest operating costs among nine countries in Asia, ahead of Myanmar and Vietnam.

According to the TMX report “The great supply chain migration – breaking down the cost of doing business in Asia,” the average total operating cost for a manufacturing company in Việt Nam ranges from US$79,280 to $209,087 per month, compared to leader Singapore at $366,561 and second placed Thailand at $142,344.

When it comes to labour – which forms 55 per cent of the total costs across the countries – Cambodia, Myanmar and the Philippines, with an average $108,196 per month while Viet Nam ranked fourth most affordable, the report said.

Countries like Việt Nam, Thailand and the Philippines, offer a sizable and relatively affordable pool of labour. Regarding the competitive scorecard, Việt Nam was rated fifth behind Singapore, Malaysia, India, and Thailand.

Coming to logistics costs, Việt Nam was rated as a high potential market, which means that the country has relatively higher logistics expenses but is capable of expanding its operations.

With the exception of Singapore, the other eight countries fell into at least one of the three stages of the manufacturing value chain, comprising ‘basic assembly lines,’ ‘developing supply chains,’ and ‘early automation.’

Both Cambodia and Myanmar fall in the first stage, in other words these two countries are suitable manufacturing bases for businesses in sectors like textiles and garments.

Philippines, Indonesia, and Việt Nam, which are categorised in the intersection of the first two stages, offer good bases for businesses in sectors like electronics, which do not require manufacturing sophistication or highly skilled labour, according to the report.

sperm donor was sued by Tokyo woman for $3.9 million after she discovered that the donor deceived her