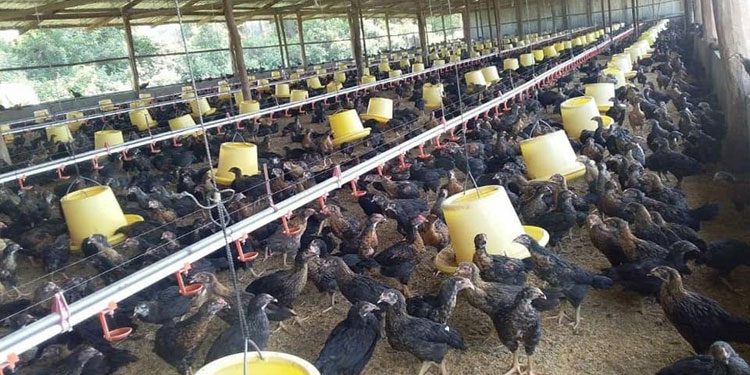 0
SHARES
37
VIEWS
Share on FacebookShare on Twitter
The number of livestock raised in the Kingdom  increased significantly during the pandemic, according to the Ministry of Agriculture, Forestry and Fisheries (MAFF).

“During the pandemic, Cambodia has [put a great deal of] effort [towards boosting] local production in the horticulture, aquaculture and livestock production sectors in order to contribute to generating [income] for [the nation’s agri-workers], which helps to create jobs and ensure the Kingdom’s food security,” according to Sakhon.

Srun Pov, president of the Cambodia Livestock Raisers Association, agreed that the volume of livestock production increased during the pandemic and cited growth of close to 20 percent. He also said that the market price of live pigs, chicken, ducks and beef is at an acceptable level for producers, sellers and consumers.

Pov added that with the fishing season underway; consumers will have more choice above and beyond purchasing beef, chicken, duck or pork for their daily consumption.  He also surmised that the price of live pigs could possibly decrease as demand has fallen off since the Nov 28 community transmission incident,
with consumers reducing the frequency of their trips to the market.

“[Despite a decrease in demand, driven by people changing their shopping habits over concerns about the outbreak], the number of pigs being raised has remained a constant, so supply is stable,” Pov added. “We [see the possibility of a decrease in price for sellers and producers, which would affect their profitability], but we have yet to see any serious [price fluctuation] yet,” he added.

Tan Phannara, director-general of the General Directorate of Animal Health and Production at the Ministry of Agriculture, Forestry and Fisheries, said that [despite] the volume of livestock production having increased, the pricing remains manageable. “There has been no issue [of unmanageable price spikes, up or down], the price of live pigs, for example, is good and poultry prices are also recovering now,” Phannara added.

The price of live cattle is 13,000 riel or $3.25 per kilogramme, a price that has remained stable for many years. Phannara added that government mechanisms have reacted effectively to the situation.

“During the pandemic, although consumer demand has fallen off, we have maintained price stability by reducing live pig imports, to ensure a balance between supply and demand. This is an [effective] measure that we have been implementing for two years,” Phannara added.  He also added that current levels of live pig production can provide up to 82 percent of the national demand, with imports picking up the difference.

This article was first published in Khmer Times. All contents and images are copyright to their respective owners and sources.
Tags: CambodiaCambodia livestockCambodia livestock pricesPhnom Penh
Previous Post

Nurses in the Philippines can’t go abroad, but there are few opportunities at home