Cambodia Laid-off workers hope to be paid next week 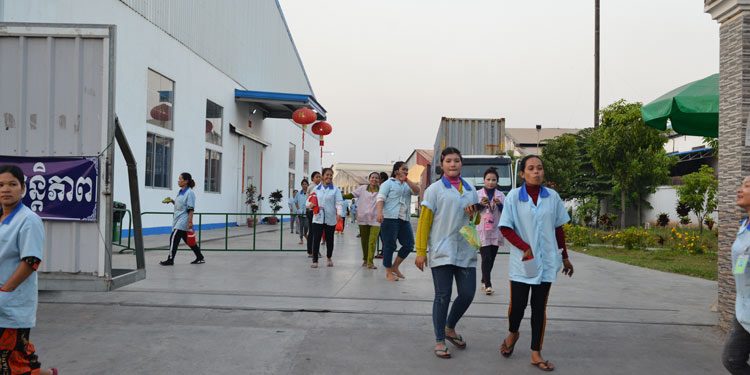 The Ministry of Labour and Vocational Training has said wage support for unemployed workers, whose jobs in temporarily suspended factories, is expected to begin transferring the money to them next week.

The Ministry is in a partnership with Wing Specialized Bank to transfer $40 of their wages to each laid-off worker every month.

To mitigate the economic shock of the pandemic, the government has announced an up to $2 billion reserve budget to help the Kingdom’s economic pillars, including agriculture and banking, and also help the unemployed in the garment and tourism sectors.

On top of the government’s $40 it is requesting factory owners to pay $30 a month. The $40 incentive per month will also be provided to those affected in the tourism sector.

“So far, the process of the wage transfer is going well, and we are awaiting the Ministry of Economic and Finance to transfer the money. It depends on the process, so we hope [to begin] next week,” said Heng Sour, Labour Ministry spokesman.

He did not respond when asked how many suspended workers have so far been put on the shortlist for the wage transfer, but last week local media quoted him as saying that 15,000 names have already been drawn up and the government is ready to transfer the money to them.

He added that there had been some challenges when it came to processing the cash because some workers gave incorrect phone numbers. Wing needs the right numbers to transfer the money.

Payments will only be provided to workers with businesses formally registered with the Ministry of Labour and Vocational Training, the Ministry of Tourism or the Ministry of Commerce, according to a government announcement. For garment workers, only those whose factories they work for who submitted suspension of employment contracts to the Labour Ministry will be paid.

Ath Thon, the president of the Coalition of Cambodian Apparel Workers’ Democratic Union, said yesterday that he was previously informed that the wage was due between May 5 and 10.

He added that work on the matter should be speeded up as soon as possible because those whose jobs are temporarily suspended are facing a critical financial situation.

The latest updated official figure from the Garment Manufacturers Association (GMAC) in Cambodia showed that 180 factories have suspended their operations with 60 more in the pipeline affecting more than 150,000 workers now out of work without a clear indication when they can return. An estimated 2 million Cambodian family members who depend on them will also be affected.

Sour said that for the second quarter of the year, garment and footwear exports will expect to see a 50 to 60 percent decline from last year.

“Cambodia has yet to receive any orders from buyers for both May and June, as well as for the foreseeable future. We can conclude that exports of garments and footwear will be hit hard in the second quarter this year,” he said.