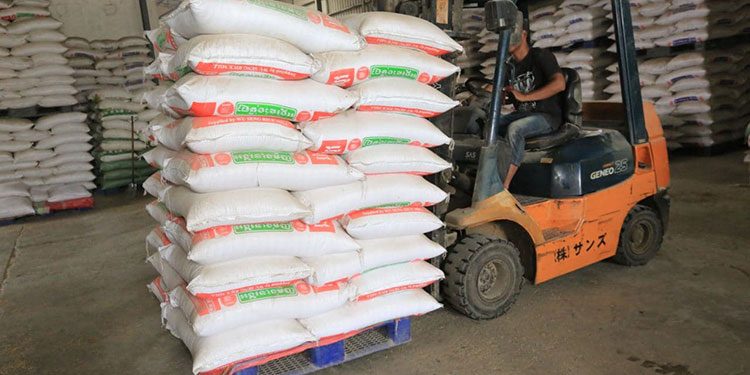 Cambodia’s Minister of Agriculture, Forestry and Fisheries (MAFF) on Monday signed a Memorandum of Understanding (MoU) with Korea Agro-Fisheries and Food Trade Corporation and Orient Group in a bid to pave the way for Cambodia’s private sector to export agricultural products to South Korea, according to a senior official at MAFF.

Veng Sokhon, Minister of MAFF, signed the MoU with Choon-Jin Kim, CEO of Food Trade Corporation and the representative of Orient Group during his visit along with Cambodian agriculture officials in South Korea that aims at building cooperation on the development of agro-business between the two countries, the official said.

Hean Vanhan, secretary of state of MAFF, told Khmer Times that the minister has been visiting South Korea to build cooperation on agro-business development with private companies and on human resource development for agriculture sector with public institutions such as universities.

“So far, he is still in that country and he has met government officials regarding the development of our human resources, and officials of private institutions in order to attract them to do investment in the form of opening factories to process our agricultural products here,” Vanhan said.

Sokhon told his counterparts that Cambodia has the potential for agro-industry business in processing and exporting agricultural products that would provide local firms and producers with opportunities for increasing productivity, processing raw materials and raising value addition.

“Actually, exporting would also bring a lot of benefits to the country as a whole and to Cambodian farmers as the government expected. So, the deal today will play a vital role in providing facilitation for exporting agricultural products from Cambodia to South Korea and products back to Cambodia,” he said.

Sokhon told Songhwan Ko, president of Korea National Open University that Cambodia has food surplus and exports its agricultural products such as paddy, rice, cassava, banana, mangoes, cashew and rubber after it has sufficient stocks to supply the domestic market, which helps the country maintain food security and be
able to supply in international markets.

The agriculture minister also signed another trilateral MoU with the university and Orient Group to develop human resources in agriculture in Cambodia to enhance capacity of production, increasing productivity, production value chain, value addition and competitiveness in exporting in terms of quantity, quality and safety.

Chang, CEO of Orient Group, said after the MoU was signed, all parties will move forward with realistic will to achieve the goal of the human resource development in Cambodia’s agriculture sector.

“Education can make a poor person become rich, an incapable person become capable and skilled and a poor country become developed as its human resources have the capability,” he said.

Cambodia exported $111.35 million worth of merchandise to South Korea in the first half of this year, a 22 percent increase year-on-year, according to a report by the General Department of Customs and Excise.

The trade volume has increased by 13.6 percent to $421.33 million for the period. The Cambodian government is keen to boost exports under the bilateral free trade agreement with South Korea which is expected to be put into force this year. Cambodia and South Korea had signed the draft Free Trade Agreement (FTA) negotiation and Cambodia concluded the internal procedures by February this year.

Penn Sovicheat, Under-Secretary of State and spokesman of the Ministry of Commerce, said the Kingdom currently awaits the Korean side to finalise the procedures and once the internal procedures are completed and notified, the FTA will come into force in 60 days. Under the FTA, South Korea agreed to remove tariffs on 95.6 percent of products imported from Cambodia while Cambodia will eliminate duties on 93.8 percent of imported goods.

Nancy Pelosi lands in Taiwan amid high-pressure standoff with China