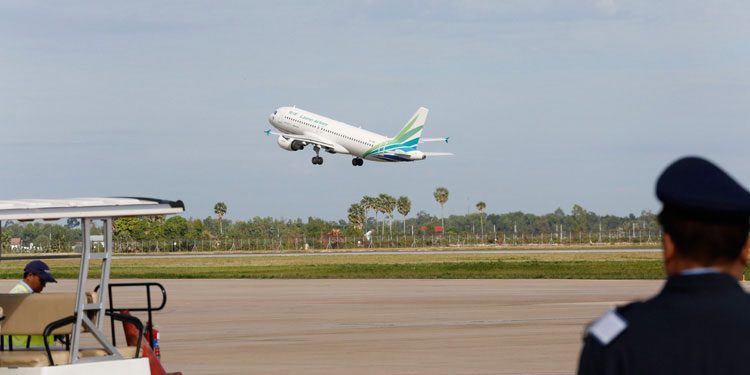 William Heinecke, the chairman of Minor International PCL, sent an open letter to the Prime-Minister of Thailand last week on how to kickstart that nation’s tourism sector and prepare it for a safe re-opening of its hospitality industry.

Minor International PCL is one of the largest hospitality companies in  Asia-Pacific and manages major brands such as the Marriot and Radisson Blu.

While the letter specifically pertained to Thailand, some tourism experts in Cambodia noted that many of the ideas Heinecke cited are well under way or already being discussed in Cambodia.

Heinecke’s suggestions for Thailand included: the acceleration of vaccine rollout for both citizens and foreigners living in the country, allowing vaccinated tourists to enter the country without quarantine, speeding the acceptance of a vaccine passport approved list and the easing of visa measures and provision of free or low-cost Covid-19 testing for the public.

An accelerated rollout of vaccination is something Cambodia is currently doing well, having currently vaccinated around 23 percent of its population. The Kingdom’s level of vaccination per capita ranks behind only Singapore in ASEAN according to recent figures.

In the context of tourism, prioritising the vaccination of everyone involved in the industry before its re-opening, something Albania started to do in March this year, could help build confidence among tourists when they start to look at potential travel destinations post-Covid.

Chhay Sivlin of the Cambodian Association of Travel Agents (CATA) told Khmer Times: “Cambodia needs to build trust and confidence for travellers. Transparent information needs to be provided such as the vaccination of tourism providers.”

On May 1, Thailand launched the Mor Prom account on the Line app, where locals can register to get their vaccine appointments. While 16 million people earmarked as vulnerable will get top priority for the free vaccination, everyone can sign up now, although it appears to be for Thai citizens only. People can register for vaccination using the Line app by contacting Mor Prom, which is Thai for “doctor’s ready”. They will need to include a Thai ID number to register. The Thai director-general of the Department of Disease Control (DDC) has given an assurance that everyone registered with Mor Prom and scheduled to receive a Covid-19 vaccination this June 7-9 will get their jab despite news from several hospitals of delivery delays.

DDC Director-General Dr Opas Karnkawinpong stated that vaccinations in June will proceed as planned and more doses are being acquired. An allotment of 1.8 million doses from AstraZeneca has already been sent out for distribution across the Thai nation, which combined with an initial 200,000 doses, means 2 million AstraZeneca doses are on their way to the provinces.

Citing another 1.5 million doses from Sinovac, Opas pointed out that 3.54 million doses of vaccine will be available to be administered today, the Thai-government-set launch date. Another 840,000 doses are scheduled for dispersal in the third week of June, followed the next week by another 2.58 million doses.

Overall, the DDC chief indicated, more than 6 million doses will be available throughout the month of June in accordance with plans by the Center for COVID-19 Situation Administration (CCSA) and the Ministry of Public Health.

On May 31, Cambodia’s minister for tourism, Thong Khon, held a meeting with the private sector at which a draft proposal was discussed that would let in vaccinated tourists on package trips. The question of whether visitors would need to be quarantined was left open. Chhun Hakara, director of the travel department at the Ministry of Tourism, acknowledging that this point had yet to be finalised.

Dr Thoum Sinan of the Pacific Asia Travel Association (PATA) told Khmer Times: “If we want to reopen tourism without quarantines, we need to have a safety protocol ready and in place for all of the private sector to be able to follow.”

Tourist visas for Cambodia are currently completely suspended, with last Monday’s meeting at the Ministry of Tourism not shedding any light on when this might change.

Vaccine passports have been a controversial topic  globally, but proof of being vaccinated against other threats (ie for yellow fever) is nothing new to the travel industry.

Hamish Snow, Cathay Pacific Manager for Cambodia, agreed with this point,  telling Khmer Times: “We hope for the wider acceptance of documentation such as vaccine passports.”

Cambodia has largely tested people without cost to them, particularly during community outbreaks. The cost to foreigners wishing to get tested can be up to $130 according to the United States embassy in Cambodia. As  Heinecke’s letter suggests, reducing or eliminating test costs will encourage more people to be tested, thus helping control the spread of the virus.