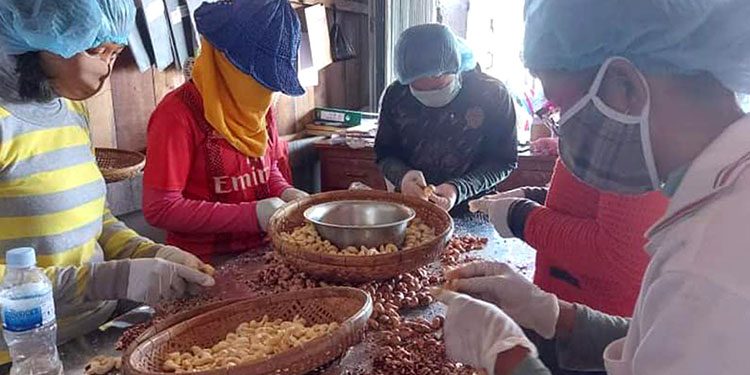 In the first seven months of the year, Cambodia exported 670,000 tonnes of raw cashew nuts to Vietnam worth over $1 million, a decrease of more than 37 percent compared to the same period last year, according to a report by the Cashew Nuts Association of Cambodia (CAC).

Uon Siloth, president of CAC, told Khmer Times that due to bad weather conditions the yield had gone down and the farmers could not meet the demand from Vietnam.

In the first seven months of 2021, Vietnam imported more than one million tonnes of cashew nuts from Cambodia. Vietnam is Cambodia’s largest market for cashew nuts.

“Due to the weather our cashew nuts were badly damaged,” he pointed out, adding that the Vietnamese side also reduced purchases.

The price of cashew nuts also fell, selling between 550 riels and 720 riels per kg.

He said the yield will go down further as some farmers have already abandoned cashew cultivation. “According to the cashew plantation data in 2021, we had 800,000 hectares nationwide. But now this has come down to 70,000 hectares,” he said.

The Ministry of Commerce and relevant institutions are now looking to speed up the preparation of the draft National Policy on Cashew Nuts for 2022-2027.

Key objectives of the policy include reinforcing Cambodia’s capacity to grow, store, process, package, market, distribute and export cashew nuts and derived products and establishing the Kingdom as a major producer and supplier regionally and beyond.

In the battered towns near Ukraine’s Russian-occupied Zaporizhzhia nuclear power plant, “everybody is afraid.”