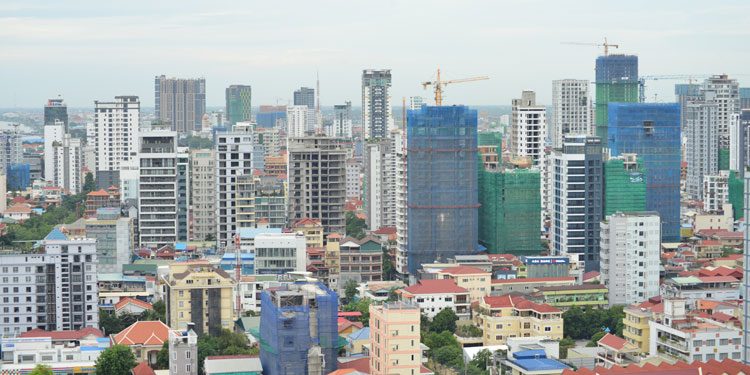 The government has decided to delay the implementation of capital gains tax to Jan 1, 2022, according to a statement from the General Department of Taxation (GDT).

The statement noted: “The government has decided to delay the date of the implementation of capital gains tax until the end of 2021 in order to give enough time for taxpayers and the public to comprehensively understand its regulations as well as being prepared to implement it smoothly and effectively.”

“For me personally, I support the government’s measure on capital gains collection because when we make a profit from business we need to pay tax,” he said.  “It is good news for all, not only the real estate businessmen or investors, but it involves  all relevant stakeholders. The delay of the implementation of the capital gains tax to 2022 will be a good move,” he said.

Heang added that if COVID-19 is defeated by the end of the year or next year everyone can participate in implementing capital gains tax, but there is no certainty the virus will end this year or next year. People just have to wait and see whether a vaccine is created.

According to the GDT, only 20 percent of the capital gains will be taxed which will apply to all properties and other capital investments such as leasing, stocks as well as foreign currency.

Group Chief Executive Officer of corporate finance firm Cambodian Investment Management Anthony Galliano said this is an unfortunate development because the implementation of capital gains tax would have been a very significant contributor to the national treasury.

The new tax revenue would not only have offset lost tax revenues because of a downturn in the economy, but also bolstered tax collection in 2021, he said.

“I understand there was a lot of pressure from affected parties, particularly from the real estate sector, to further delay the implementation given the deep anxiety over the depressed property market. There were also concerns of a wave of selling before the year’s end to avoid the tax, which would further weaken property prices and cause liquidity issues,” said Galliano.

Unfortunately, this is “kicking the can down the road” at a significant opportunity cost of lost treasury revenues that are desperately needed, according to Galliano.

The government’s tax collection remains strong even during the COVID-19 pandemic, reaching more than $2.25 billion in the first nine months of this year, according to a report by the General Department of Taxation (GDT).

In Britain, for example, capital gains tax has been around for many years. Any decision to raise it in a year would almost certainly cause a big rise in house prices before it came into effect.

5G in Cambodia will not be coming this year