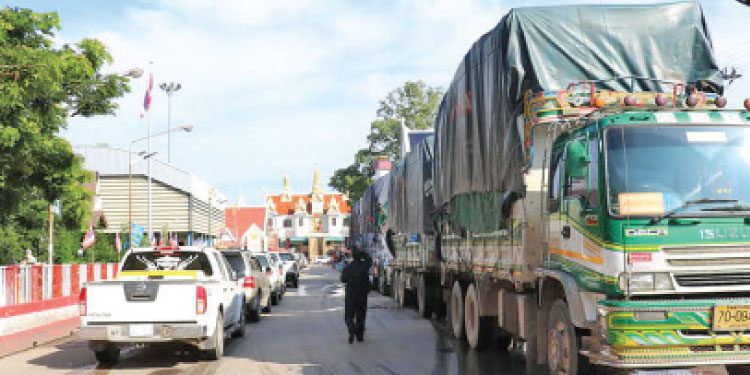 An announcement of the upcoming opening of a Cambodian representative office in Bangkok coincided this week with the general manager of Thailand’s largest air conditioner and solar energy supplier, PPJ Engineering Co (PPJ), giving assurances of expansion into the Kingdom next year, positive indicators that the strengthening of ties between the nations is gaining steam.

It was announced this week that Cambodia will soon establish a representative office, the Cambodia Business Council Centre (CBCC), in Thailand’s capital in a bid to facilitate trade and business activities between the two kingdoms.

According to the Ministry of Commerce, the CBCC will act as a one-stop business chamber for Cambodia in Thailand.  It will assist in promoting Cambodian products, providing information and training and facilitating trade and investment between the two countries in order to help reach the goal of $15 billion targeted by the two nations’ Prime Ministers for 2021.

Seang Thay, secretary of state and spokesman at the Ministry of Commerce, said: “The relationship between the governments of the two countries, particularly between the two ministries of commerce, has seen strong cooperation over the years, pushing up the value of trade. We want to continue to promote bilateral trade to further increase it.”

That news came alongside assurances from Somkiat Limcharunthon, general manager of PPJ, that the company would expand its business to Cambodia next year based on growing local demand from the construction sector. The expansion aims to create jobs for local people and contribute to Cambodia’s economic development.

His comments came during a visit to PPJ’s Bangkok factory by Commercial Attache and Representative of the Cambodian Ambassador, Heng Sovannarith, who encouraged additional investment by PPJ in Cambodia in response to high demand.

The efforts of the embassy of Cambodia in Bangkok in promoting economic cooperation and investment between the two nations were specifically noted by Heng Sovannarith during his visit. Panyarak Poolthup, Thai ambassador to Cambodia, stated last month that because of the COVID-19 pandemic situation, bilateral trade has been strained because border crossings have been tightened, making it difficult for the flow of goods.

In the first three quarters of 2020, trade between Cambodia and Thailand was worth $5.569 billion, down 19 percent compared with the same period last year, according to data from Thailand’s Ministry of Commerce.

Cambodian exports to Thailand reached $958 million, falling 48 percent, while imports were worth $4.611 billion, down 9 percent compared with the same period.