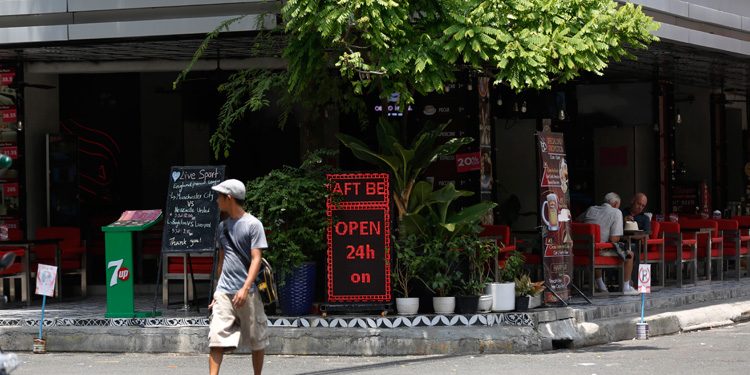 Domestic bars and restaurants have begun rebooking local musicians in Phnom Penh this month as the initial request for venues to remain quiet has now changed and owners are now encouraged to stay open to support the economy. However, recent rumours of a Khmer New Year holiday now in late July or early August are causing headaches for managers rostering monthly staff shifts.

Khmer Times has been covering the plight of the local entertainment industry since the Ministry of Health first announced the closure of bars, clubs and KTVs on March 17. The closures were in response to the surge of COVID-19 cases in the Kingdom at the time, leading to the widespread displacement of workers in the entertainment industry.

However, this month there has been a distinct reversal in both attitudes and policies by government officials as the authorities announce Cambodia has the virus “under control”. Officials are now encouraging establishments to reopen and participate in economic activity and improve the employment rate.

Khmer Times has been made aware of several popular live music venues in Phnom Penh’s Bassac Lane, Riverside and 172 street openly advertising live music this month. The well-known riverside bar and restaurant Oskar Bar stated: “Starting in July, DJs are back every Wednesday, Friday and Saturday.”

The change in policy was also extended this week to the capitals KTVs (Karaoke parlours) after an official notification by Phnom Penh Governor Khuong Sreng, who said to boost economic activities and re-employment, outlets can reopen by being converted into restaurants but owners need to follow measures to prevent the spread of COVID-19.

He said the owners could apply to reopen their businesses at the City Hall’s one-window service centre, but they must follow measures to prevent the spread of the Coronavirus issued by both the health and tourism ministries.

However, leaked audio of Prime Minister Hun Sen announcing dates for this year’s Khmer New Year holiday will be on either the last week of July or first week of August has some managers seeking clarification for monthly staff rosters.

Mr Hun Sen, in a recent message, said employees will be granted a five-day holiday in lieu of the postponed Khmer New Year holidays in April, although a date is yet to be determined.

“We must compensate the people as was promised because our COVID-19 situation is under control,” said Mr Hun Sen, adding the substitute holidays may fall on the last week of July or early August.

Managers have complained to Khmer Times that they need at least a month’s notice for any official holidays because their staff rosters and salary’s run on a monthly cycle.

“How am I meant to manage my July and August roster when I don’t know which week will be a national holiday?” a bar manager asked.

Covering the past four months of COVID-19 restrictions on the hospitality sector, by far the most common complaint to Khmer Times has been the lack of specific details over certain policies and reopening dates.