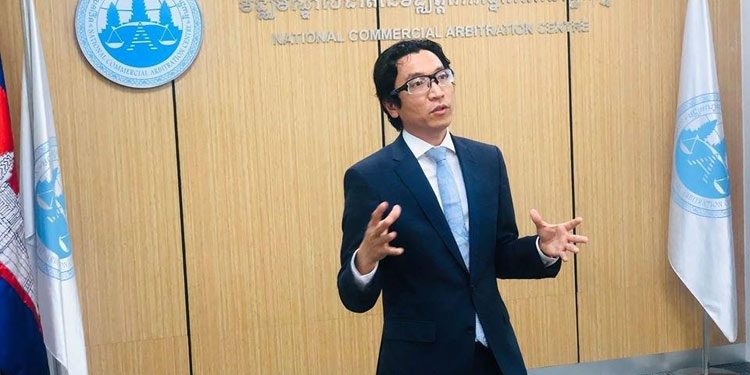 The National Commercial Arbitration Centre (NCAC), needs “more time” to build confidence among the local business community after revealing it has only processed 18 cases since its inception in 2013, according to the centre’s president.

The independent body was initially set up to manage commercial disputes without having to go through Cambodia’s legal system by involving independent mediators.

Bun Youdy, president of the NCAC, told Khmer Times, that so far the cases administered at his centre has involved various sectors of local business such as construction, real estate, joint ventures, banking and finance, international trade and the sale of goods.

He said, that the centre has been presented with the main challenge that this form of dispute resolution system is a relatively new concept to Cambodia business society.

“We have put a lot of effort into raising awareness [of the centre] but more still needs to be done. Like many new arbitration centres, it naturally takes time to build confidence among the community,” he said

“Among the 18 cases, only seven have been resolved by the centre,” he added.

However, according to Youdy, there is a growing trend of interest towards commercial arbitration in Cambodia with the NCAC model dispute resolution clause now seen to be frequently incorporated into commercial contracts.

In addition, there is also a significant number of lawyers shifting their expertise to this area of law and several law schools are now including an arbitration course into their curriculum. “This trend shows a promising future for commercial arbitration, as well as, the dispute resolution ecosystem as a whole in Cambodia,” he said.

Lim Heng, vice -president of the Cambodia Chamber of Commerce (CCC), said that main point of the centre is to avoid commercial disputes being brought to the court as a last resort.

“The private sector supports the presence of the National Commercial Arbitration Centre because more businesses see the court as a last resort for commercial disputes. This is because a negative ruling could transform some cases into a criminal trial and may put someone in jail,” Heng said.

“Hence, businesses [if possible] need to solve their issue through appropriate negotiation so both parties can find a win-win solution,” he added. Earlier this month, the Phnom Penh Municipal Court ordered the Malaysian retail giant to pay Hassan Cambodia (Cambodia) Development Co Ltd (HCD) $144 million in damages over an unfinished mall project in Phnom Penh.

Lim Heng said that when commercial disputes are taken to the court this could affect investors’ feelings about Cambodia. “Overall, we do not want these types of cases in our judicial system because it is not a good look for future investors,” he said.

Youdy said this type of commercial dispute can certainly be arbitrated by the NCAC. However, a key principle in the private sector is “party autonomy”.“In other words, for a dispute to be resolved through arbitration, there is a need to have all parties agree to submit their dispute to arbitration,” he said.