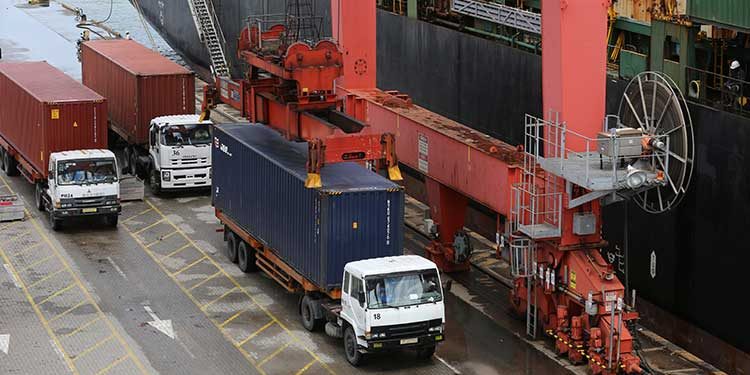 Transport companies from Cambodia and Vietnam have agreed to increase cooperation in connection, coordination, and import-export procedures to further strengthen transportation between the two countries.

Members of the Cambodian Logistics Association and Deputy Director of the Department of Import and Export Issued by the Ministry of Industry and Trade, the Vietnamese Ambassador to the Kingdom of Cambodia, and more than 50 companies, attended the meeting on Tuesday.

Sin Chanthy, president of the Cambodian Logistics Association, said yesterday that the Cambodia-Vietnam meeting on cooperation and connection of transport enterprises was essential to increase collaboration in transportation between the two countries and resolve issues, including facilitation and procedures of import and export, and trade promotion.

He said the transport sector is facing many challenges, such as rising oil prices, especially skyrocketing water transport services.

The two countries plan to sign a memorandum of understanding to strengthen imports, especially transport through Vietnam, both by water and land.

In the past, transit through this country has been complicated and costly. Therefore, through this cooperation, all additional issues will be addressed to promote transit and smooth trade, he said.

The Ministry of Public Works and Transport has unveiled a mega project of establishing a waterway connecting Tonle Bassac river to Kampot province, crossing through Takeo and Kep province to facilitate waterway transport.

Its minister Sun Chanthol said recently that the project would answer the complicated issues related to import-export procedures crossing Vietnam via the Tonle Mekong and the high price of logistics fees.

Cambodian Ministry of Commerce data showed between January and March this year, the country shipped products worth $759 million to Vietnam, a 4-percent increase over the same period last year. The Kingdom imported $963 million worth of goods from Vietnam, a 23 percent increase.

Birds fall from the sky as heatwave scorches India