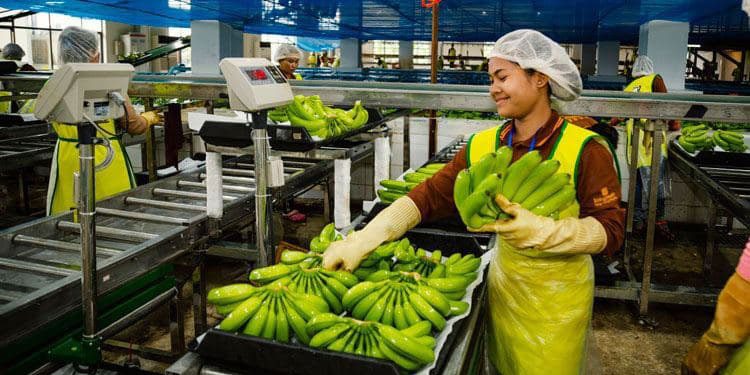 Cambodia exported nearly $3 billion worth of agricultural products in the first seven months of the year, a rise of more than 87 percent over the same period in 2020.

The Agriculture Ministry says more than 5 million tonnes of agricultural product was shipped to 64 destination countries between January and the end of July.

Rice exports were not part of the good news however as shipments of that commodity dropped more than 27 percent due to lack of suitable containers and rising shipping costs.

Non-rice exports carried the day, rising by nearly 109 percent over the Jan to July period in 2020.

In 2020 China committed to importing of 500,000 tonnes of “quality” mangoes from Cambodia. Additionally, the Kingdom exported 945,274 tonnes of fresh mangoes to the European Union, South Korea, Thailand and Vietnam. These exports were worth approximately $473.2 million.

Cambodia’s agricultural sector is forecast to grow by 1.3 percent this year and 1.2 percent in 2022, according to the Asian Development Bank. It cited growing exports to China and an increase in the farming of fish, frogs and shrimps as the trigger to anticipated sector growth.

Cambodia’s economy forecasted to grow by 2.5 percent this year