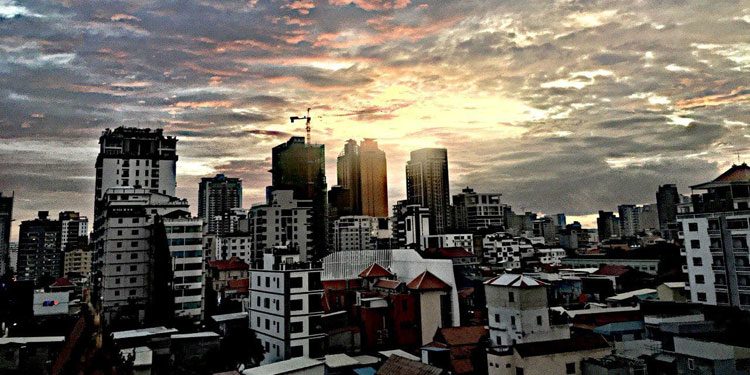 Foreign professionals say Cambodia’s economy would be a big winner if the government adopted the prime minister’s suggestion for a seven-day quarantine, especially if it applied to businessfolk as well as tourist visa holders.

The country is currently closed to tourists from abroad and business visa holders have to quarantine for at least 14 days in a hotel.

Mr Hun Sen said on Friday that fully-vaccinated tourists should be able to visit the Kingdom, while spending the first week travelling around the area near their hotels.

“Those who have been vaccinated can visit Cambodia on arrival for seven days, not in a room: They can walk around the city,” the prime minister said.

The scheme could be considered more-like Thailand’s sandbox programme than a quarantine. Fully-immunised tourists can visit Phuket, Koh Samui and other popular destinations and leave their hotels to roam the resort. Thailand also hopes to open the capital, Bangkok, to foreign visitors as early as this month. However, a spike in local Coronavirus infections has led local officials to suggest the date should be pushed back to next month at the earliest.

Travellers who have experienced two weeks in Cambodian hotels say the government should consider including Phnom Penh in any reopening plan, allowing business visitors to make the most of their stay.

One regular business arrival in Cambodia, who is currently in a quarantine hotel, said he couldn’t understand why he had to spend 14 days in isolation even after having two shots of AstraZeneca vaccine in Cambodia and two shots of Moderna in his home country of Canada.

“This quarantine is not productive,” he said. “A seven-day sandbox scheme would be deluxe. Guys don’t mind working that way. I’m trying to do meetings by Zoom but the internet’s so poor it’s frustrating. If they could cut it to four days for the fully vaccinated, like they did in Argentina for a while, it would be great but if they do the seven-day sandbox that’s fantastic too. If they put a wrist monitor on me and said I could go one-kilometre from the hotel I would make reservations in restaurants and have four to five meetings a day. It would benefit the economy,” said the man, who did not wish to be named.

“The economy would benefit greatly if business travellers and investors could come more freely to Cambodia. If we can welcome them again for physical meetings, site visits, introductions and as guests who usually spend well during their stays this could play an important role in the economic recovery. Such a message could perfectly illustrate that Cambodia is an open country with a fast modernising economy,” said EuroCham Cambodia Chairman Tassilo Brinzer. “Other countries with equally high vaccination rates are already opening up, although the relative vulnerability of the healthcare system requires ongoing vigilance. I am sure the Royal Government is weighing all arguments and facts very carefully.”

Others simply want family members to be able to visit more easily.

Cambodia has vaccinated more than three quarters of the population and Phnom Penh has one of the highest per-person vaccination rates in the world.