Both Shanghai and Taiwan Covid strategies ‘a nightmare’ for citizens 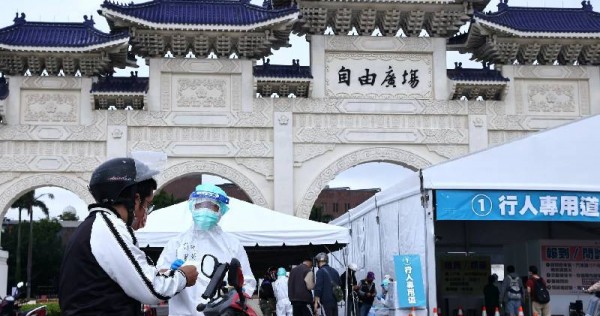 The differences between the two official responses could not be greater.

In Taipei, cashier Silver Chang, 28, waited a week to get medical and isolation instructions from health authorities after testing positive for Covid-19.

But in Shanghai, office worker Maggie Zhao had to quarantine at home for more than two months just because another student at her son’s school tested positive for the coronavirus.

While mainland China continues to hold fast to its zero-Covid strategy, Taiwan has begun relaxing rules to start living with the coronavirus.

In the aftermath, cases have soared on the island while numbers in Shanghai have gradually fallen.

But those numbers do not tell the whole story and one major factor could make all the difference, experts say.

For much of the pandemic, Taiwan has kept the disease at bay with fairly tough restrictions. When the pandemic turned serious in the middle of last year, authorities closed the border, shut down entertainment outlets like bars and cinemas, and barred dining in restaurants.

Then late last month authorities on the island decided to gradually loosen those rules, ushering in a policy of coexistence with the virus.

Mask-wearing and social distancing were retained but the home isolation period for mild cases was cut from ten days to seven followed by a week of personal health management, and close contacts of those patients are now exempted from home isolation if they test negative for the virus.

Also, to ease the burden on the medical system, only moderately or seriously ill patients are now admitted to hospital. Before the relaxation, all confirmed patients must be sent to hospital for treatment and their close contacts isolated at quarantine centres. But those with mild or no symptoms now only need to stay at home for a week in keeping with health advice that the virus will go in seven days.

“In the past, the fatality rate of variants like Alpha and Delta were quite high, making it necessary to maintain the zero-case approach as we did before, but the mortality rate of Omicron is low, which allows us to live with the virus,” Health Minister Chen Shih-chung said on Tuesday (May 16).

The authorities expected the highly transmissible Omicron variant would result in a great number of cases but most of the infections would be mild or even asymptomatic, with few requiring hospitalisation.

The surge in cases was soon clear – the number of reported infections soared to a record of more than 90,000 cases on Thursday before tapering off to 85,000 on Friday.

So, too, was the lack of severity – more than 99 per cent of Taiwan’s Omicron cases have been asymptomatic or mild, according to Chen.

Taiwan’s relaxed approach contrasts sharply with the lockdowns and mass testing enforced in mainland China, where waves of Omicron outbreaks have hit major cities in recent months. Despite calls to ease some of the controls, mainland officials have declared that the zero-tolerance approach is the best way to defeat the virus and save lives.

That is no more apparent than in Shanghai, where residents have been under some form of lockdown since late March. In the last month, the city has logged more than 623,000 cases but the number of daily infections has started to decline, with fewer than 900 reported on Saturday.

In that time, the lockdowns have taken a very human toll on the people in the city.

Zhao, the office worker, said she had been on an emotional roller coaster, worrying whether her son would sit his college entrance exam as scheduled in early June.

“All I think about is staying safe and not getting infected before the exam. We can’t afford to be taken away to isolation facilities,” Zhao said.

She has not seen her parents, who live on the other side of the Huangpu River, for two months and worries about delays in her mother’s cancer treatment.

She said her household was given a chance to leave the flat for about four hours on Friday because of fewer new infections, but she said she was not really keen.

“I look forward to the day when we can be truly free of the controls when shops are open and we can walk around as long as we like,” Zhao said.

That is the direction that Taiwan has moved towards, as have other parts of the region, including South Korea and Singapore. But the island’s transition has not been smooth.

Assistant human resources manager Sam Lin, 40, thought he had a cold earlier this month when he developed a cough and a runny nose but took a rapid antigen test before going to work and tested positive.

“It was the start of a nightmare,” Lin said.

“I tried to make an appointment with nearby community rapid test centres and hospitals for the polymerase chain reaction (PCR) test, but all those facilities were fully booked. In the end, through the help of my company, I went to the emergency department of a Taipei hospital to do the PCR test.”

Lin said he was asked to return home to wait for the result which would be sent to him online through a government app. But after he got the test result and reported his condition to the handling centre, it took the centre three days to notify him to arrange for home isolation because his symptoms were mild.

“They were always busy whenever I tried to contact the centre and when I was finally told to stay home for seven days of isolation, the start of the official isolation date was three days after I first tested positive,” he said.

“It’s just ridiculous because this meant I could go anywhere in those three days when I was supposed to be isolating at home.”

Lin said a doctor gave him some flu medicine on the first day but received nothing else.

“Were it not for my friend who sent me some Chinese herbal medicine … my condition would have been more serious,” he said.

Cheng said he understood that medical resources were limited and the authorities needed to focus on treating moderately or seriously ill patients.

“But the reporting and handling systems are lousy, and it seems the authorities have not made adequate preparations,” Cheng said.

He also said that with the loosening of quarantine rules, some self-employed people simply ignored their symptoms and continued to work so they would not lose income.

Jin Dong-Yan, a virologist with the University of Hong Kong, said it was still too early to draw any conclusion about Taiwan’s Covid-19 response, given the time lag between confirmation of cases and deaths.

However, taking everything together, the Covid-19 response in Taiwan was “not a bad job”, Jin said.

“Taiwan has tried to strike a balance between mitigating the Covid-19 epidemic and maintaining normal social and economic life,” he said.

“They have not implemented any lockdown even though the initial strategy is very similar to the zero-Covid [approach] in mainland China.”

Jin said Taiwan’s outbreak was similar to that in Hong Kong in the spring and the island had the tools – rapid tests and oral antiviral drugs – to reverse the trend.

Yanzhong Huang, a senior fellow for global health at the Council on Foreign Relations, said the big difference was the higher vaccination rate among the elderly in Taiwan.

“It’s not about the difference of strategies. Higher vaccination rates means the lower chance of serious illness or death,” Huang said.

At least 7 dead, 120 others rescued in Philippine ferry fire