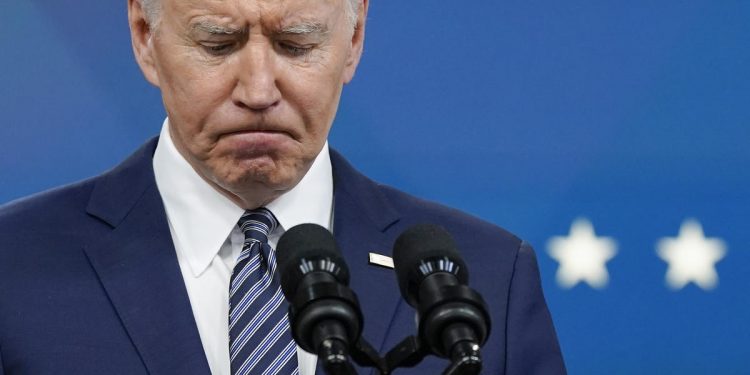 President Biden said Thursday that Russian President Vladimir Putin appears to be “self-isolated” and “there appears to be some indication he has fired or put under house arrest some of his advisers” amid the war in Ukraine. But, Mr. Biden added, “I don’t want to put too much stock in that at this time because we don’t have that much hard evidence.”

A U.S. official said Wednesday that U.S. intelligence officials had determined that Putin was being misinformed by his advisers about the poor performance of Kremlin troops in Ukraine. The official, who spoke on the condition of anonymity, said Wednesday that recently declassified intelligence indicated that Putin is aware of the situation on information coming to him, and there is now persistent tension between him and senior Russian military officials.

Earlier this week, Moscow said it would “drastically reduce” its military operations in two areas of the country to “increase mutual trust” and encourage peace talks. But Ukrainian President Volodymyr Zelenskyy late Wednesday cast doubt on Russia’s stated decision to “drastically reduce” attacks around Kyiv and the northeast city of Chernihiv.

Mr. Biden on Thursday, too, seemed dubious about the claim that Putin is pulling back his forces. In fact, Mr. Biden said, there is evidence Putin is building up troops in the Donbass region in the east.

“Thus far, there is no clear evidence that he’s pulling all of his forces out of Kyiv,” Mr. Biden said. “There is also evidence that he’s beefing up his troops down in the Donbass area. Depending on your view of Putin —  I’m a little skeptical.”

Mr. Biden said he doesn’t have proof that Putin is “taking a pause and doing all he can — to use all the troops he has in the Donbass and continue to keep an eye on and try to move beyond the rest of the country. Don’t know the answer.”

The president’s remarks came after his announcement that he would release one million barrels of oil a day from the country’s Strategic Petroleum Reserve for the next six months in an effort to bring down high gas prices.