Bicycle factory in Cambodia is on hold now 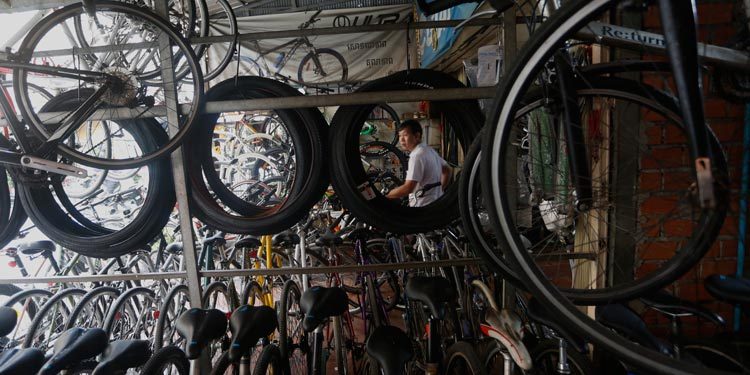 Kent International, a large US-based bicycle manufac​turer, yesterday said its bicycle factory in Cambodia is on hold now, after spending roughly $10 million on a land purchase in Phnom Penh.

The company’s factory occupies about 37,000 square metres. It is located about 16 kilometres from downtown Phnom Penh. The plant was previously expected to begin its operations some time this year. However, the practicality of the plant is up in the air now.

The land and improvements cost more than $10 million, the company Chairman and Chief Executive Officer Arnold Kamler wrote in an email to Khmer Times yesterday.

But the main investor from China, he said, who is actually an Australian citizen, needed to obtain residency status in order to move forward and it has taken more than one year for this process even though he wanted to create more than 1,000 jobs for Cambodians.

“Because we could no longer wait, we have shifted the plan to Malaysia for now where they are very business friendly,” he noted.

He added he is still hopeful to move forward with the factory in the future but the “silly obstacles and local politics just need to stop. Without these obstacles, we would have been buying more than 40,000 bicycles per month.

“We are still hopeful to have the factory in Cambodia but the plan is on hold for now.  I am thinking we will start construction in about one year from now,” he added.

He adding that the company produces approximately 3 million bicycles a year.

The firm previously stated that once its factory in the Kingdom is operational, about 30 percent of Kent International’s annual production will come from Cambodia.

The company’s market destinations are the US, Canada, Australia and Japan and it used to have good business in Europe before dumping duties from China were implemented. It has  not tried to re-engage conducting bicycle business in Europe in more than 15 years, according to Kamler.

Most bicycle manufacturers in the Kingdom are based in Svay Rieng province’s special economic zone (SEZ), particularly in the Tai Seng Bavet Special Economic Zone, less than 10 kilometres from the border with Vietnam.

US-based Trek Bicycle had also previously announced a plan to move its production of at least 200,000 bikes from China to Cambodia as a result of the US-China trade conflict.

A monthly report from the Ministry of Commerce showed that 72,534 bicycles and 761 electric bikes were exported in April through Tai Seng Bavet SE to international markets, including the US, Canada and EU.