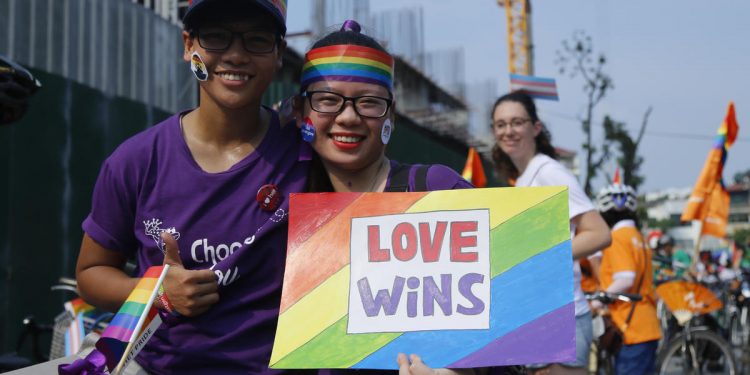 Hanoi — Being gay is not a disease, Vietnam has told its doctors, as it called on medical workers to end discrimination against the LGBTQ community. Campaigners told AFP on Tuesday the statement was a major step forward for LGBTQ rights in the Southeast Asian nation, where gay, bisexual and transgender people have long felt marginalized.

In an official document released last week, the health ministry said that “homosexuality cannot be ‘cured’, does not need ‘to be cured’ and cannot be changed.” It urged medical professionals to be “respectful” of gender and sexual orientation after receiving reports of doctors claiming they could treat gender minorities. “Do not consider homosexuality, bisexuality or being transgender a disease,” it said.

Although Vietnam is seen as relatively progressive on LGBTQ issues compared with some other countries in Asia, misinformation about sexual orientation and gender identity is widespread.

According to a Human Rights Watch report published in 2020, some children are taught by both teachers and parents that being gay is a mental illness.

Nguyen Thi Kim Dung, officer at Vietnam’s Center for Supporting Community Development Initiatives, said some young LGBTQ people were being taken by their parents to doctors to try and “cure” them. Many also faced discriminatory questions when attending regular appointments, and were put off getting medical checkups, she added. But this “is an official acknowledgement to LGBT people that they have the right to go to medical establishments, and that they have the right to be treated equally,” she said. Vietnam lifted its ban on same-sex marriage in 2015, but it stopped short of full legal recognition for those unions, and a long-promised law to allow legal gender changes has not yet materialized.