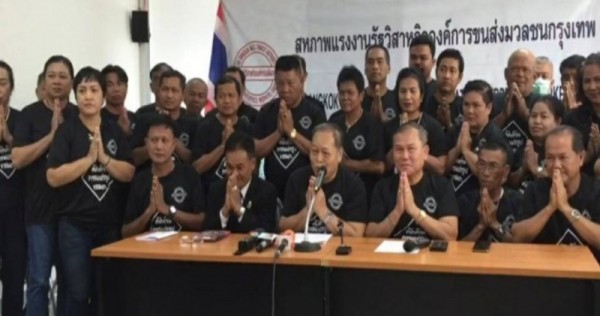 The Bangkok Mass Transit Authority (BMTA) labour union said on Thursday that the police should not be using public buses as barriers in protests because these buses belong to the public and have been bought using the taxpayers’ money.

Boonma Pongma, president of BMTA labour union, said his organisation has handed in its objections to the BMTA director and Transport Ministry. He said using public buses for political purposes may have people thinking that the BMTA is not neutral.

He said police had told the BMTA thrice to provide buses for use as barriers against pro-democracy protesters.

In the three days, six buses were damaged and the BMTA also lost out on earning during those days because so many public buses had been put out of action. Boonma said BMTA made losses worth Bt66,000 (S$3,000), Bt132,000 and Bt165,000 during the three days.

He also said the police should be held responsible for the damages, not protesters.