Australian PM says he has never lied while in public office 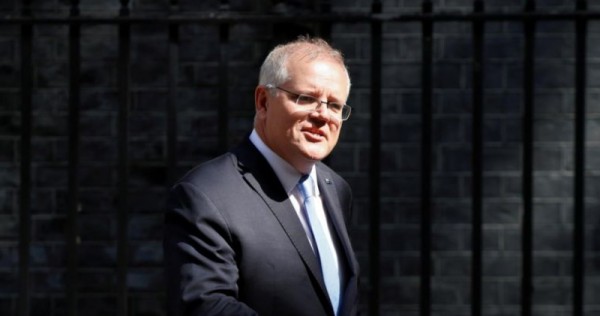 CANBERRA – Australia’s Prime Minister Scott Morrison said on Friday (Nov 12) he does not believe he has lied since he was elected to Parliament in 2007, rejecting allegations from French President Emmanuel Macron and others.

Mr Macron this month said Mr Morrison had lied to him over Australia’s decision to scrap a multibillion-dollar deal with France to build Canberra’s new fleet of submarines.

Criticism of Mr Morrison intensified this week when he announced his government would spend A$178 million (S$176 million) to support electric vehicles, three years after he criticised the technology.

But when asked on Friday, Mr Morrison rejected allegations he had lied.

“No, I don’t believe I have, no,” he told 3AW Radio. “It’s politics. People take sledges at me all the time… I’ve learnt in public life over a long period of time to not have a thin skin, to not get bitter.” His comments came as Australia tries to repair ties with France.

France has said Australia did not attempt to inform it of the cancellation until the day Canberra announced its deal with the United States and Britain. Mr Morrison denies that, and messages he sent to Mr Macron in the week before the announcement have since been leaked to local media.

In solidarity with France, the European Union last month postponed the next round of talks on a free trade deal for a second time.

General Department of Taxation earns $2.3 billion as tax revenue In 10 months for Cambodia