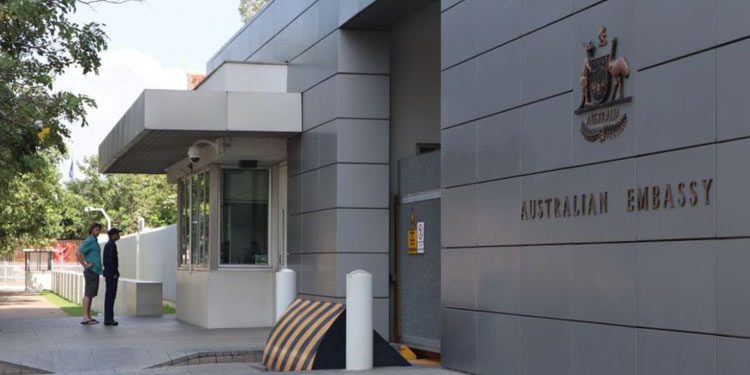 The Australian embassy – one of the original organisations behind Cambodia’s IDPoor system – has sought to clarify the framework of the economic safety net by outlining the process has been “designed with transparency in mind”.

The embassy initially commissioned and helped to design the project in 2006 along with Germany’s Federal Ministry for Economic Cooperation and Development (BMZ) and the Cambodian Ministry of Planning.

The clarification on the process for identifying the Kingdom’s poor families comes after Prime Minister Hun Sen last week stated harsh action will be taken against authorities found committing any irregularities as concerns began to surface last month of impoverished communities that have not received IDPoor cards despite their economic standing, when the government began the disbursement of hard cash aid for poor and vulnerable families hit hard by the COVID-19 pandemic.

It’s been claimed some village chiefs were giving relatives who were not actually “poor” cards, allowing them to receive cash payments.

However, the Australian embassy told Khmer Times in response to questions regarding the integrity of the registration process, “It is [actually] not the village chief who determines who is poor. It is a standardised questionnaire that asks specific questions about the household’s situation and assigns scores based on the answers. The sum of these scores determines the preliminary poverty level”.

“Decisions about who is interviewed and the final results are reviewed either through a participatory village process [for scheduled updates to the database] or the commune council [for additions in between scheduled updates]. Community members can submit a request to the commune council to consider a household for an interview at any time,” they said.

Responding to Mr Hun Sen’s comments regarding irregularities, the embassy said, “The additional IDPoor interviews during May and June (and ongoing) allowed households that have fallen into poverty because of COVID-19 to be included in the IDPoor register as soon as possible, using the process already stated above. Efforts are ongoing to ensure all households know how to request an interview, where to go for more information or to raise any concerns and on ongoing monitoring.”

“IDPoor follows a standardised and transparent procedure to identify eligible poor households. It is enabling the Cambodian government to target its COVID-19 relief to vulnerable households in the community, at a time when the economic effects of COVID-19 mean a growing number of families in our region, including in Cambodia, are struggling to meet their daily needs,” they added.

That said, Khmer Times reported this week that the Ministry of Planning had found 5,878 cases of irregularities across 13 provinces in relation to the government aid scheme for the poor, according Minister Chhay Than. The government is expected to spend $25 million monthly, benefiting 560,000 families (2.3 million Cambodian citizens).