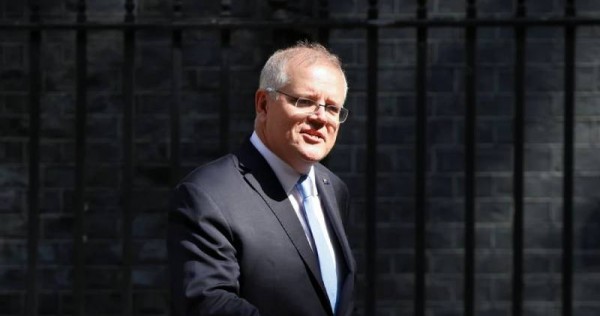 With a national election due by May, the government would have aimed to use the Morrison account to promote its policies during the Chinese New Year celebrations starting Feb 1.

The prime minister’s office has made multiple fruitless requests to WeChat to regain access to the account, most recently on Jan 10, said a person with knowledge of the matter, who declined to be named because of the sensitivity of the matter.

Tencent didn’t immediately respond to a request for comment from Reuters.

Both the Liberals and the main opposition Labor Party set up official WeChat accounts for their leaders through outsourced agencies. The Scott Morrison account was registered in 2019 using the name of a Chinese citizen in mainland China as its account operator, WeChat records show and a government source confirmed.

Featuring Morrison’s photograph, it originally promoted major announcements on the economy or the Covid-19 pandemic, for example, translated into Chinese.

But in January, the account was rebranded Australia China New Life, and said it would provide information such about life in Australia, Reuters confirmed by viewing the account.

Liberal Senator James Paterson, Chair of Parliament’s Joint Committee on Intelligence and Security, told media the incident was an example of “censorship” and “foreign interference”.

“There’s 1.2 million Australians of Chinese descent who overwhelmingly use this service and now can no longer access news and information from their Prime Minister,” he said on Australian radio on Monday.

“Yet they can still gain access to critiques of the government, attacks on the government by the (Labor) Opposition Leader,” he added.

Fergus Ryan, senior analyst with the Australian Strategic Policy Institute, said having the Prime Minister’s WeChat account registered under the name of a Chinese citizen was “always risky and ill-advised”, and appeared to be a breach of WeChat rules.

“Any account set up in this way can be shut down at a moment’s notice,” he said.

In December 2020 the Scott Morrison WeChat account was temporarily blocked amid a political dispute between Canberra and Beijing over an image of an Australian soldier in Afghanistan.

In the 2020 incident, a note appeared from WeChat saying the content violated regulations, including distorting historical events and confusing the public.