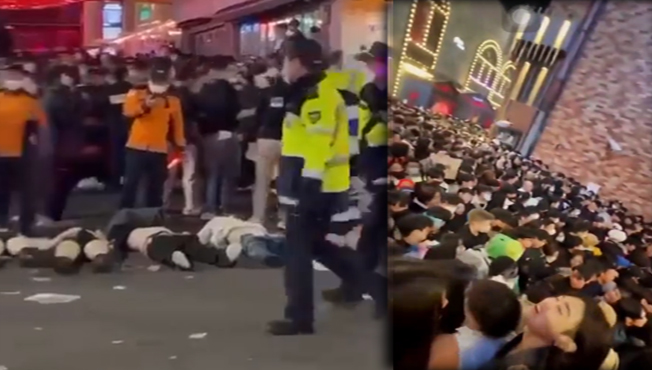 At least 146 people were killed and 150 others were injured in a stampede during Halloween festivities in Seoul, officials said of one of the biggest disasters in South Korea that will likely raise serious questions about public safety standards.

The massive death toll is being tallied after people were crushed by a large crowd pushing forward in a narrow alley in Seoul’s Itaewon neighborhoods, a major leisure and night-life district in the capital.

Choi Seong-beom, chief of Seoul’s Yongsan fire department, said the death toll could rise and that an unspecified number among the injured were in critical conditions following the stampede in Itaewon on Saturday night.

He said that the bodies were being sent to hospitals or a gym, where bereaved family members could identify them. He earlier said most of the dead and injured are in their 20s.

More than 1,700 response personnel from across the country were deployed, including about 520 firefighters and 1,100 police officers and 70 government workers. The National Fire Agency said in a statement that all of Seoul’s available emergency workers have been mobilized.

An estimated 100,000 people gathered in Itaewon — near a former headquarters of U.S. military forces in an area known for trendy bars, clubs and restaurants — for the country’s biggest outdoor Halloween festivities since the pandemic began. The South Korean government eased COVID-19 restrictions in recent months.

One survivor said many people fell and toppled on to one another “like dominos” after being pushed by other people in a narrow downhill alley near Itaewon’s Hamilton Hotel. The survivor, surnamed Kim, said some people shouted “Help me!” and others were short of breath. Kim described being trampled by other people for about 1 ½ hours before being rescued, according to the Seoul-based Hankyoreh newspaper. 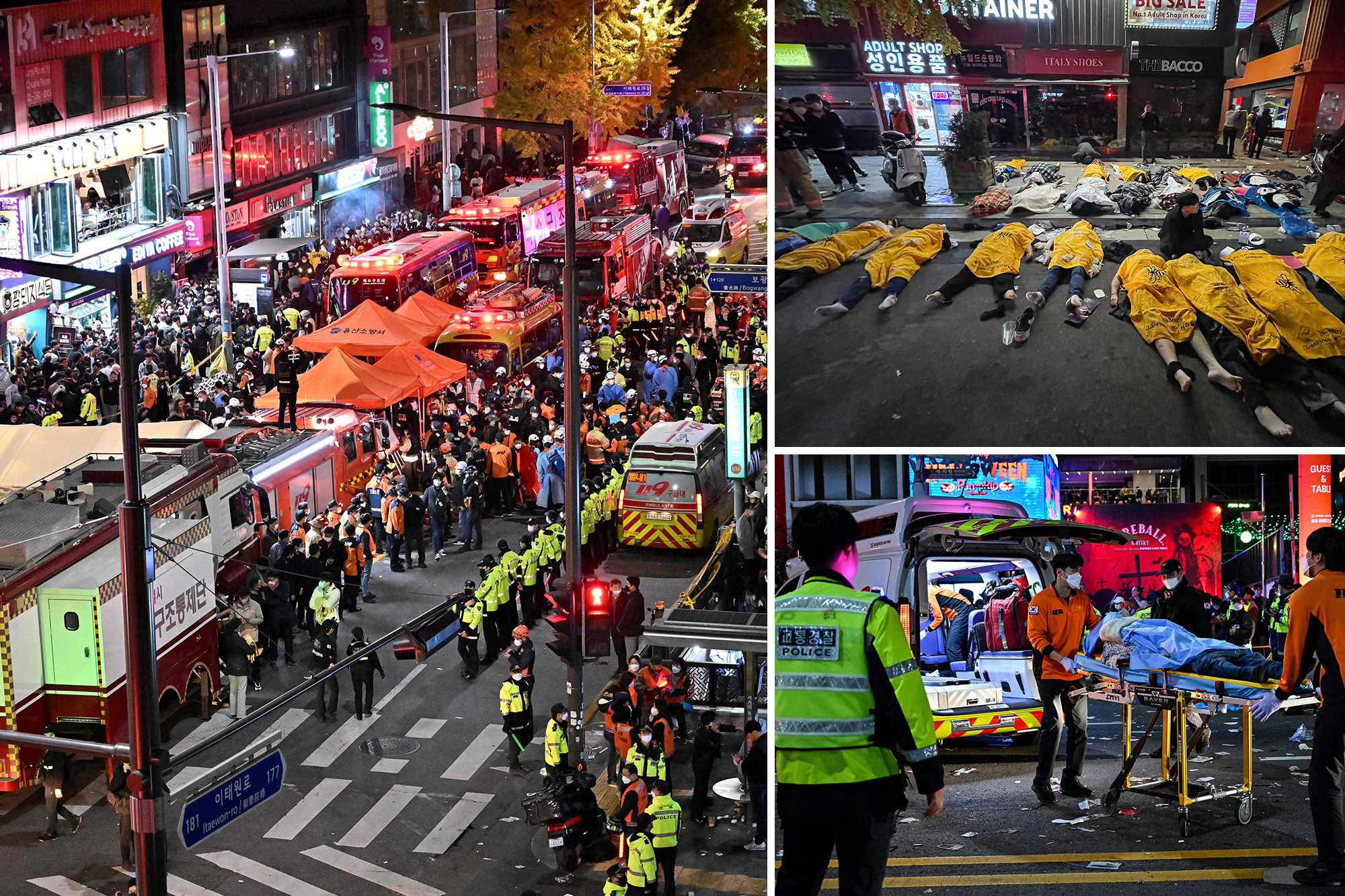 Another survivor, named Lee Chang-kyu, said he saw about five to six men start pushing others before one or two began falling one by one at the start of the stampede, according to the newspaper.

The stampede is the biggest disaster since 304 people, mostly high school students, died in a ferry sinking in April 2014. The sinking exposed lax safety rules and regulatory failures as it was partially blamed on excessive and poorly fastened cargo and a crew poorly trained for emergency situations. Friday’s stampede will likely cause public criticism of government officials over what they’ve done to improve public safety standards since the ferry disaster.

TV footage and photos showed ambulance vehicles lined up in streets amid a heavy police presence and emergency workers moving the injured in stretchers. Emergency workers and pedestrians were also seen performing CPR on people lying in the streets. In one section, paramedics were seen checking the status of a dozen or more people who lied motionless under blue blankets.

In an interview with news channel YTN, Hwang Min-hyeok, one of the visitors to Itaewon, said it was shocking to see rows of bodies laid down in the alley near Hamilton Hotel. He said emergency workers were initially overwhelmed, leaving pedestrians struggling to administer CPR to the injured lying on the streets. People cried beside bodies, he said.

Another survivor in his 20s said he avoided being trampled as he luckily got into a bar whose door was open at the alley, Yonhap news agency reported. A woman in her 20s surnamed Park told Yonhap that she and others were standing along the side of the alley while others were caught in the middle.South Korean President Yoon Suk Yeol issued a statement calling for officials to ensure swift treatment for those injured and review the safety of the festivity sites. He also instructed the Health Ministry to swiftly deploy disaster medical assistance teams and secure beds in nearby hospital to treat the injured.

“Jill and I send our deepest condolences to the families who lost loved ones in Seoul,” President Biden said in a statement Saturday evening. “We grieve with the people of the Republic of Korea and send our best wishes for a quick recovery to all those who were injured. The Alliance between our two countries has never been more vibrant or more vital – and the ties between our people are stronger than ever. The United States stands with the Republic of Korea during this tragic time.”

There have been deadly stampedes in South Korea in the past. In 2005, 11 people were killed and around 60 others were injured in a pop concert stampede in the southern city of Sangju. In 1992, a teenage girl died and dozens of others were injured during a stampede at a Seoul concert by the U.S. pop group New Kids on the Block.