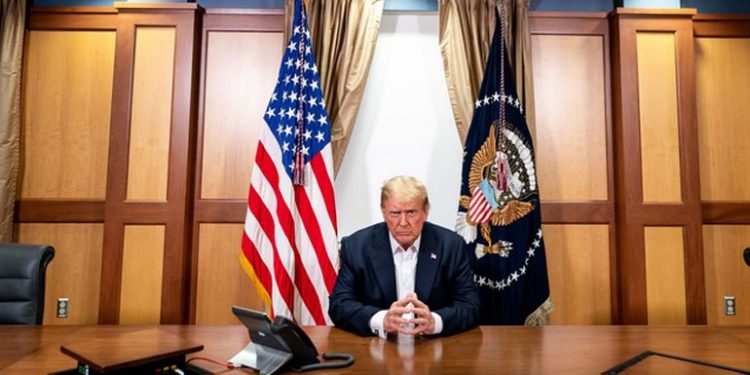 AFP – Asian markets rallied Monday following reports suggesting Donald Trump’s health is improving after he tested positive for the coronavirus, with traders also cheered by signs that US lawmakers were edging towards agreement on a new stimulus package.

World equities went into reverse Friday after the White House announced the president’s diagnosis, which fanned fresh uncertainty just a month before the November 3 election, with some commentators questioning whether the vote would actually take place.

But after spending the weekend in hospital, with conflicting reports about the severity of his condition, Trump’s medical team said he had “continued to improve” and could return home as early as Monday.

Analysts said the episode could help jolt congressional leaders to up their efforts for a second economic rescue package, with House Speaker Nancy Pelosi saying: “This kind of changes the dynamic.”

Senate Majority Leader Mitch McConnell, who has often been hostile to most Democrat offers, offered a hopeful tone Friday, saying: “I think we’re closer to getting an outcome.”

Hong Kong, which reopened after a four-day weekend, rallied more than one percent along with Tokyo, Mumbai and Seoul, while Sydney piled on more than two percent and Singapore 0.5 percent.

Bangkok, Jakarta and Wellington were also in the green, while Shanghai remained closed for a public holiday.