Asia-Europe culture festival ‘could help win over tourists to Cambodia’ 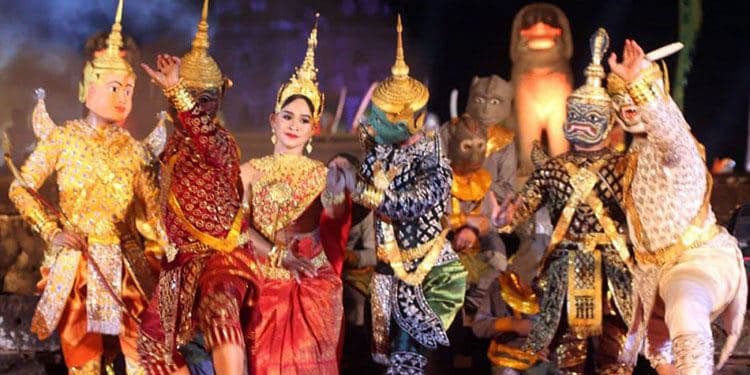 A virtual event could prove a real winner for the tourist industry, according to a spokesman at the Ministry of Culture and Fine Arts. Cambodia is hosting the Asia-Europe Culture Festival from Nov 22-26 using online platforms. The festival will be a new channel to attract international tourists and investors to the country, according to Kim Pinun, undersecretary of state at the ministry and also the vice-chairman of the National Organising Committee for the 13th Asia-Europe Summit (ASEM) and ASEM side events.

The festival is one of the side events and will include three major performances. These will be chosen from Cambodian arts such as traditional dance, Yike musical theatre, art and photography exhibitions and film screenings.

Arts are a way of connecting people, Pinun said, which is why the government sees this as a huge opportunity to attract foreign visitors and investment by raising awareness of the Kingdom and its rich culture.

Dignitaries from more than 50 countries are expected to take part in the online ASEM Cultural Festival, titled “Asia-Europe Culture Connect”.  The Philippines, Singapore, Thailand, Vietnam, India, Japan, Russia, the Czech Republic, Poland and Spain have all confirmed their participation according to Pinun. China and France have also said they would like to take part.

Other side events of the ASEM Summit include the Asia-Europe Forum on Women, Peace and Security, the 11th Asia-Europe Parliamentary Partnership Meeting,  the first Asia-Europe Economic and Business Forum, and the ASEF Young Leaders Summit.

Cambodia is hoping to reopen the country to tourists as early as November even though the ASEM events toward the end of the month will mostly be held online because of concern over the Coronavirus pandemic. Prime Minister Hun Sen said last week the country should consider a seven-day quarantine for tourists, allowing them to leave their hotels and travel within a set boundary in popular destinations such as Siem Reap.

The Kingdom was heavily dependent on tourism ahead of the Coronavirus pandemic. It contributed to almost a third of the country’s economic growth in 2019.

Neighbouring countries have already started opening up to foreign visitors. Thailand’s sandbox scheme allows fully vaccinated visitors to visit islands including Phuket and Koh Samui. Malaysia welcomed vaccinated domestic visitors to the island of Langkawi last week. Although foreigners are still barred, the country’s prime minister has suggested an ASEAN-plus-China travel bubble to bring in overseas visitors and revenue. Vietnam will allow foreigners to travel to the island of Phu Quoc from the start of November.

While Cambodia is not yet issuing tourist visas to foreigners, domestic travel is showing signs of picking up. More than 79,000 tourists travelled the country during the third weekend of September, 20 percent higher than the previous weekend. More than 77,800 were Cambodians and more than 1,200 were foreigners according to Tourism Minister Thong Khon. The most popular destinations were Phnom Penh, followed by Kampot, Kep, Preah Sihanouk and Pursat provinces.