Are Indonesia, Malaysia and Sri Lanka really caught in a China ‘debt trap’? 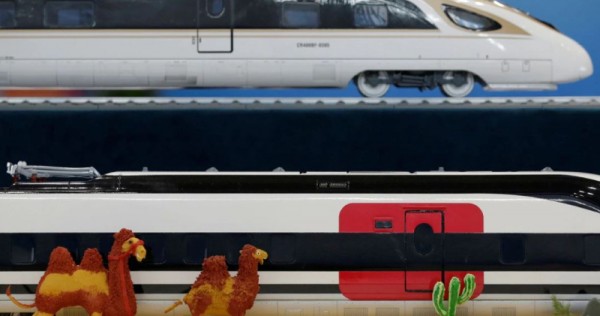 Indonesia ’s financial obligations to China are increasing, and there are worries they will continue to expand. Based on data from Bank Indonesia, debt from Chinese creditors as of March this year stood at US$22.01 billion (S$31 billion), an increase from February’s figure of US$20.82 billion.

Overall, however, Indonesia’s external debt in the first quarter of 2022 declined to US$411.5 billion compared to US$415.7 billion from the previous quarter.

Those figures were examined by AidData, a research institute based in the United States . Last year it released statistics concerning Beijing’s ambitious Belt and Road Initiative , and the potential for countries to be indebted to China for the construction of numerous infrastructure projects. Indonesia was said by the report to have hidden debt worth US$17 billion.

Many fear this debt to China will put Indonesia at risk of a default like Sri Lanka and Malaysia , the two most widely cited “victims” of China’s “debt-trap diplomacy”.

Scholars, however, have noted that such views are inaccurate. Beijing’s fragmented and poorly coordinated international-development financing system is not geared towards geopolitical gains.

Accordingly, the Belt and Road Initiative does not follow a well-defined plan, but emerges piecemeal, through diverse bilateral interactions, with outcomes being shaped by domestic interests, agendas and concerns.

For instance, the Hambantota port in Sri Lanka, often held up as an example of Chinese debt-trap diplomacy, was not actually proposed by Beijing. The project was largely driven by Sri Lankans for their own domestic goals, with minor commercial input from a Chinese state-owned enterprise.

Sri Lanka’s debt trap was thus mostly generated by internal policy decisions, aided by Western financiers – it owes around half its external debt to private bondholders in international credit markets – rather than by the actions of China’s government.

Between 2006 and 2019, Chinese infrastructure investments in Sri Lanka totalled US$12.1 billion, a 2020 Chatham House study found, accounting for about one-third of the US$36 billion the country needed to plug its infrastructure gap, according to a 2014 World Bank estimate.

Projects such as the port in Hambantota reflected then-President Mahinda Rajapaksa’s wish to direct resources to his home district, and the wider region, where his Sri Lanka Freedom Party faced a mounting opposition challenge.

In this context, Indonesia could fall into the same trap if it’s not careful. The current administration of President Joko Widodo , commonly referred to as Jokowi, has been attracted to Chinese investments to fulfil his infrastructure-related electoral promises.

Certain Chinese projects in Indonesia highlight Jakarta’s mismanagement. One example is the 150km Jakarta-Bandung high-speed railway , dubbed China’s most important belt and road project in Indonesia. It has faced not only delays, but also cost overruns and the charge it has caused environmental damage.

The railway was initially proposed under the leadership of former president Susilo Bambang Yudhoyono but it wasn’t approved until Jokowi assumed office in 2014.

Japan and China competed for the contract, but it went to China Railway Group Limited in 2015 after a period of intense lobbying and back-and-forth negotiations that saw the Chinese side ultimately drop its initial requirement for the Indonesian government to guarantee the project’s debts, in favour of a business-to-business agreement.

China Development Bank offered loans to cover 75 per cent of the project’s cost with a 40-year repayment term, and completion was promised in time for Indonesia’s general election in 2019.

The complicated and time-consuming land acquisition process wasn’t completed until 2020, however, as landholders along the route resisted selling, causing the cost of compensation to climb steeply. Other completion delays and cost overruns were suspected to be the result of inadequate government planning.

In 2021, Jokowi had to seek assurances from President Xi Jinping that China would stick with the project through completion because of the continuing fiasco. There are now calls to cancel a further Chinese-built line to Surabaya.

Beijing has refused to provide additional funding for the Jakarta-Bandung line, leaving Indonesia to extend a bailout that will put a strain on resources for other infrastructure development.

The Jakarta-Bandung project shows the scale of Indonesia’s mismanagement, and the degree to which Beijing is used as a scapegoat for self-inflicted problems.

While it is true that Indonesia could face negative implications from its increasing indebtedness to China, it is incumbent on Jakarta to find ways to maximise the benefits while minimising any potential drawbacks.

The government should play a larger role in determining the longevity and financial feasibility of new projects, and must be able to skilfully negotiate with China to ensure it reaps the profits from Beijing’s Belt and Road Initiative.

Given that China has committed itself to abiding by the law and regulations in host countries, Indonesia must ensure that it upholds its legal and regulatory mechanisma.

Civil society and political opposition groups, meanwhile, should concentrate their efforts on demanding transparency and public participation in the decision-making process for for China-backed projects.

Gun-reform deal reached in US Senate with key Republican backing