Are children more at risk from Omicron? 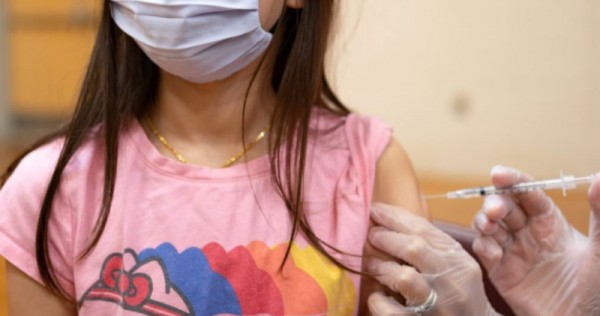 As the Omicron variant of Covid-19 rages around the world, a surge of child infections and hospitalisations has prompted calls by some governments to vaccinate young children.

In Hong Kong, for example, the government has approved Sinovac’s vaccine for children as young as five and an advisory panel has recommended that small doses of BioNTech be approved for the same age group.

Last year China set a target to vaccinate all children aged between three to 11 , while Europe and the United States also started child vaccination drives.

The number of children infected with Omicron has been on the rise in the past month or so, including in mainland China.

A large number of the initial cases in an Omicron outbreak in Tianjin and Henan province were children, prompting the authorities to assure the public that children were not at greater risk from the strain compared with adults.

Sir Terence Stephenson, a professor at the Great Ormond Street Institute of Child Health at University College London, said: “I think the reason we’re seeing large numbers of children is that in most countries, immunisation of children is at a lower level than that of adults.”

Emily Chan Ying-yang Chan, professor and assistant dean at the faculty of medicine, the Chinese University of Hong Kong, said the rise of children cases could have to do with how they interacted, particularly in schools.

“There is no scientific evidence saying Omicron affects children more than other variants,” she said.

Zhang Boli, a Covid-19 specialist and president of the Tianjin University of Traditional Chinese Medicine, said last Tuesday: “At the beginning

Stephenson is leading the Children and Young People with Long Covid (Clock) study, the largest of its kind, which has monitored around 20,000 patients aged between 11 and 17.

Though younger children are not included in the study, Stephenson said: “In general, paediatricians would recognise that post-viral syndromes are more common in teenagers and young children … mostly it’s teenagers who get long-term symptoms, not young children.”

Stephenson said: “Whilst the SARS-CoV-2 doesn’t make children very ill, it does disrupt their life … And I think one of the big arguments has been that after two years of a pandemic, with children’s education and development being so disrupted, that one of the big arguments for vaccination is that it stops them having to isolate and be absent from school and I think that’s a perfectly good reason.”

He also said Covid-19 was similar to diseases such as flu, where vaccinating children could stop them passing it on to the elderly and other vulnerable groups.

White House chief medical adviser Anthony Fauci recently said vaccinations could help reduce the risk to children with underlying conditions, saying last week that it was “inevitable” some would end up in hospital as infections rose.

There is no Covid-19 vaccine specifically for children and they usually receive smaller doses of existing vaccines.

In mainland China, children as young as three can be vaccinated with Sinovac and Sinopharm, while the US, Europe and Singapore have all approved the Pfizer/BioNTech vaccines for those aged five and over.

Meanwhile, Moderna has been conducting a trial on children aged between two and five and expects to report data in around two months’ time.

“If the data is supportive and subject to regulatory consultation, Moderna may proceed with regulatory filings for children two – five years of age thereafter,” the company said.

It has also submitted an application in the US for its vaccine to be approved for children aged six to 11.