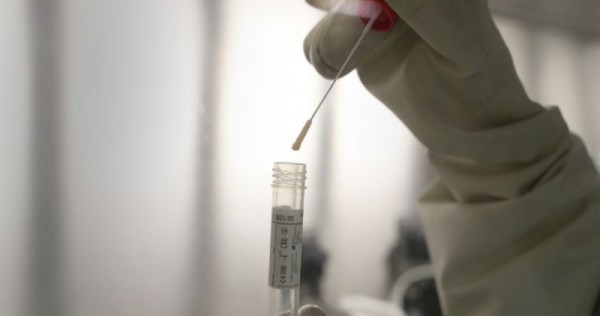 Antibodies are produced by the immune system to fight foreign invaders like the coronavirus, but a new study in China suggests they could make the infection worse in some cases.

Researchers at Fudan University in Shanghai found that some of the 222 patients in their study had specific antibodies that could actually help the coronavirus invade their immune cells. They were present in 8 per cent of those with mild symptoms, and 76 per cent of those who had recovered from severe illness.

The problem is known as antibody-dependent enhancement, or ADE, and it has been seen before with infections caused by other viruses such as Zika, dengue fever and severe acute respiratory syndrome. It has also hampered drug and vaccine development for these viruses.

The “potential for such ADE responses is of concern for Sars-CoV-2 in the use of convalescent plasma or antibodies as a treatment”, said the team led by Huang Jinghe in a non-peer-reviewed paper posted on preprint site medRxiv.org on Tuesday.

Their findings came the same day American drug maker Eli Lilly halted its clinical trial of an antibody treatment for Covid-19 because of a “potential safety concern”. The government-sponsored phase 3 trial involves hundreds of patients, and US health authorities said their “clinical status” had crossed a predetermined threshold for safety.

Eli Lilly did not immediately respond to a request for comment on the Chinese study.

Earlier this month, US President Donald Trump touted an experimental coronavirus antibody treatment from Regeneron that he claimed cured his infection. He was given an unusually high dose of the antibody cocktail and his doctors said his symptoms quickly disappeared after he received it.

While antibodies can neutralise an attacker, the fork-shaped molecules can sometimes be used by a virus to enter human cells. Huang’s team found this ADE phenomenon tended to occur when the level of antibodies in the blood was relatively low. In patients with a large amount of antibodies, they did their job of neutralising the virus.

The researchers also identified what they called a high-risk antibody called 7F3 that is found in Covid-19 patients. They said after it binds with the coronavirus, it can cause the viral envelope and cell membrane to “fuse” through a receptor known as Fc on the immune cells.

A similar mechanism was observed in some antibodies against Mers, or Middle East respiratory syndrome.

They urged vaccine developers to assess whether their experimental shots could cause the immune system to produce an antibody like 7F3. The researchers also noted that there were likely to be other antibodies connected to ADE that had not been identified.

There are more than 100 vaccines in development around the world, according to the World Health Organisation, and two clinical trials have been postponed recently out of safety concerns.

One of those has since restarted in Europe, but the other remains suspended in the United States for unspecified reasons. China and Russia have already given approval to vaccines for emergency use before they completed human trials, and hundreds of thousands of people considered high risk have been immunised outside those trials.

Doctors have reported the negative effects of antibodies in some severely ill Covid-19 patients, whose condition rapidly worsened after their immune system started producing antibodies to fight off the virus.

Huang’s team said vaccine candidates capable of inducing neutralising antibodies should also be assessed for their risk of inducing ADE.

“A vaccine that can induce high titres of neutralising antibodies [without the ADE effect] should be safer than one inducing low titres,” the researchers said, referring to the concentration of antibodies in the blood.

They also said safety concerns should be addressed before mass vaccination programmes began.