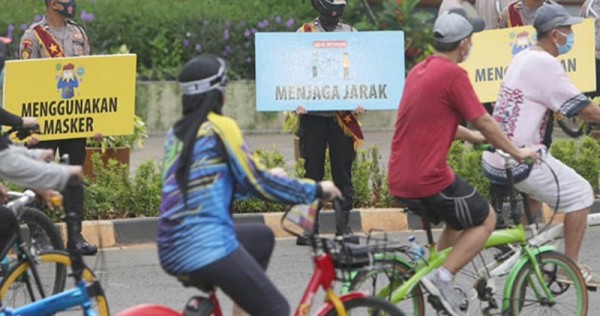 The agency spokesperson Fify Mulyani said around 45 per cent of confirmed patients in Jakarta showed no symptoms at all.

“Meanwhile, 40 per cent show moderate symptoms and the other 15 per cent develop severe symptoms,” Fify said on Monday, as quoted by kompas.com .

She admitted that tracing asymptomatic cases had been difficult for city administration officials. “This is our homework for now.”

The city administration has coordinated with the central government to create more self-isolation centers for asymptomatic patients.

According to Gubernatorial Decree No. 979/2020 on Covid-19 isolation centres, the administration has set up three new isolation centres for patients: The Jakarta Islamic Centre in North Jakarta, Graha Wisata at Taman Mini Indonesia Indah (TMII) in East Jakarta and Graha Wisata Ragunan at the Jaya Raya Ragunan sports complex in South Jakarta.

As of Tuesday, health authorities had recorded 72,577 confirmed Covid-19 cases in Jakarta, including 58,775 recoveries and 1,716 fatalities.