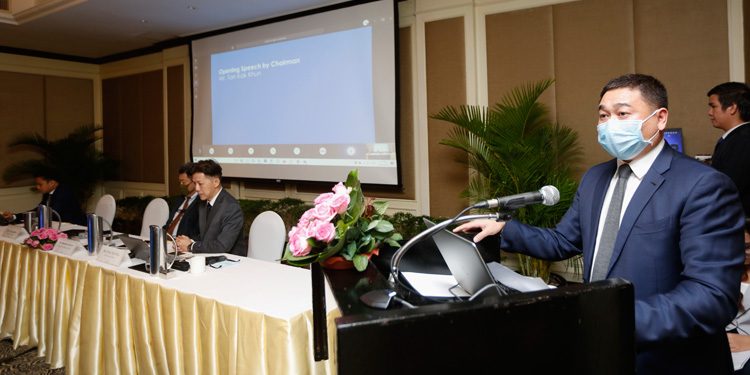 Phnom Penh Special Economic Zone Plc (PPSEZ) will suffer severely from the impact of the COVID-19 pandemic this year after reporting healthy results in 2019, according to the company’s senior officials.

In a speech by Tan Kak Khun, the chairman of PPSEZ at the opening of its annual general shareholders’ meeting 2020 on Friday, he said for the year 2019, the company’s finances remain strong in terms of both profit and revenue compared with the previous year. He said, however, this year will be challenging.

“It will be a very challenging for us because you all aware of COVID-19, which affected all companies over the world and we hope that the situation will improve,” he said.

Hiroshi Uematsu, the executive director and chief executive officer of the company said that while some companies postponed their operations because of COVID-19, some continued on an expansion trend.

He said after COVID-19 and the current US-China trade conflict, there will be a faster shift of production to Cambodia.

“So our business keep moving forward according to our clear strategy direction. So we are committed to contribute to the development of Cambodia by attractive more investors,” he said.

A report shows that the volume of exporting from the PPSEZ rose 63.9 percent during the four years from 2016 to 2019 inclusive from $316 million to $518 million. The company, which is wholly-owned, is the capital’s largest SEZ. It posted $1.139 billion in trade volume last year, up 14 per cent from 2018, according to the report.

At the end of December 2019, the total assets of PPSP were more than $94 million a year-on-year rise of  3.14 percent while total equity reached more than $59 million increased 34.60 percent over the previous year.

What doctors have learned about fighting Covid-19