After human drain, Casino in Sihanoukville will relocation 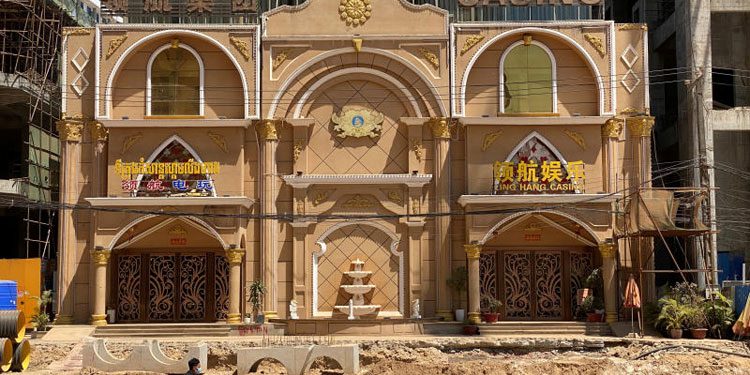 Sihanoukville, a once backpacker-friendly coastal city transformed at a rapid rate when Prime Minister Hun Sen was eager to push forward with the Belt and Road Initiative (BRI), a geopolitical trade route that would make use of Cambodia’s only deep-water port.

Chinese investors flocked to the coastal city to build hotels and casinos aimed at accommodating Chinese customers. Many of those who arrived in the city were either construction workers or tourists who are not allowed to gamble back in their home country.

Then Cambodia’s government announced a ban on online gambling which was enforced as of January 1, this year.

As a direct result of the ban, thousands of  Chinese who came to Cambodia and made their money in gambling left. Around 30 casinos in Sihanoukville have closed or suspended the employment of all of their staff and another 33 have temporarily suspended staff this year, a labour ministry official  said.

Now Sihanoukville will see the departure of yet another casino, Century Entertainment International Holdings, one of Hong Kong’s largest casinos.

The operator of the casino said that the gaming floor will be moved from its current location at the Sunshine Bay Hotel in Sihanoukville to a new site, as the lease agreement with Sunshine Bay has already expired.

The company has decided to move its casino operations to a new location situated at Building 89, Long Bay, Say Phuthong Boulevard, Dara Sakor, Koh Kong Province. The new lease agreement is made between the firm and Long Bay Entertainment for a period of  15 years, from October 1, 2020, until September 30, 2035.

Based on the preliminary plans, the firm will install 80 slot machines, 40 gaming machines and 55 VIP gaming tables, as well as a Chinese restaurant, spa and nightclub.

The company said: “Dara Sakor, Koh Kong Province is one of the most rapidly developing districts in Cambodia and is a well-known tourism destination in Southeast Asia. The new location at Dara Sakor is surrounded by luxury hotel resorts and a golf course.”

Dara Sakor seems set to be a future hub for tourism as Century Entertainment International Holdings will be the second casino to relocate there,  joining the Dara Sakor Seashore Resort Casino.

There is also a new international airport under construction which allows sizeable flights to land and depart. It is expected that the first phase of Dara Sakor International Airport development project will finish before the end of 2020 but now that date is uncertain.

At least 10 casinos in Cambodia have now reopened since a closure order was lifted in early July, with more expected to follow soon, according to the Ministry of Economy and Finance.

Cambodia’s casinos closed on April 1 following an order from Prime Minister Hun Sen suspending operations. That order was lifted on July 3 pending individual approvals from the Ministry of Health.