ADB slashes Cambodia’s GDP forecast to 1.9% due to Covid 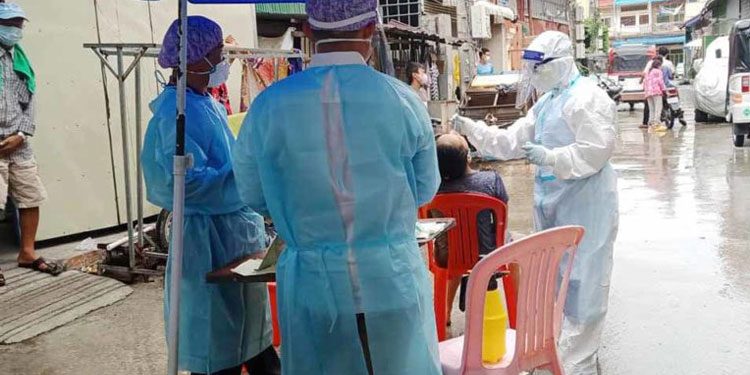 The Asian Development Bank has more than halved its forecast for Cambodia’s economic growth this year. It cut the gross domestic product forecast to 1.9 percent from April’s prediction of 4 percent growth. The ADB left next year’s forecast unchanged at 5.5 percent GDP expansion.

The bank says the prolonged outbreak of Covid-19 was behind the downward revision because it cut domestic demand. It says this will result in a 2.9 percent rate of inflation this year, down from its April forecast of 2.9 percent price rises. Next year inflation will moderate to 2.7 percent, according to the ADB.

Coronavirus cases in the Kingdom have been rising in spite of the rapid progress of the immunisation campaign. The Kingdom’s active COVID cases rose above the 5,000 mark yesterday [Tuesday] for the first time in many weeks. Cambodia has fully vaccinated more than two thirds of its 16 million-plus population.

ASEAN as a whole has reported more than 11.5 million COVID-19 cases. More than 840,000 were active cases as of September 21. The ADB cut its Southeast-Asia economic growth forecast to 3.1 percent in 2021 from an April prediction of 4.4 percent growth. Next year the region’s GDP will grow 5.0 percent, a touch lower than April’s 5.1 percent forecast, the bank said.